An episode of the animated show sees the characters making fun of the situation between Johnny Depp and ex Amber Heard who accuse each others of domestic violence with a fake movie poster.

AceShowbiz - A new episode of "Animaniacs" revival didn't sit well with Johnny Depp's fans. The revival of the most beloved '90s animated series received huge backlash after it featured Johnny Depp joke in relation to his lengthy court case with ex Amber Heard.

The episode saw the characters making fun of the situation between the exes who accused each others of domestic violence. Viewers could see a movie poster featuring the "Pirates of the Caribbean: The Curse of the Black Pearl" star holding a pair of scissors, which was seemingly an "Edward Scissorhands" reference. Serving as an apparent jab at the actor, the title of the fake movie was "Johnny 2: Telling Lies".

Fans quickly slammed the show and Warner Bros., accusing them of portraying the actor in a bad light. "Warner Brothers: this is a sick thing to do to an abuse survivor. Listen to the tapes - Johnny Depp has been put through psychological torture and physical abuse. I'm sorry that I don't find this funny, but it's no laughing matter," one fan said on Twitter.

"As much as I liked the new Animaniacs, I can not in good conscience bring myself to support this show or Warner Brothers. It is absolutely sickening to see them use a cartoon to make fun of an Abuse victim while wholeheartedly defending the culprit," one other tweeted, adding the hashtag #BoycottWarnerBrothers. "WTF! This is absolutely disgusting... Way to go a ruin the new Animaniac's show for me... #BoycottWarnerBrothers," another fan similarly commented.

However, some others tried to defend the show, noting that the joke wasn't about Johnny's legal issues at all. Instead, it was about the children's nursery rhyme-turned-meme by the name of "Johny, Johny Yes Papa" which was popular back in 2018 when the episode was written. "...It's a reference to the 'Johny Johny Yes Papa' meme. The joke was written in 2018. Very unfortunate timing, but joke was not about the abuse allegations," explained one user.

That, however, didn't make fans stop blasting the show and Warner Bros. "#BoycottWarnerBrothers Some defend this because the reboot was written in 2018 and was capitalising on the Johnny Johnny Yes Papa meme, but considering Depp was a polarising topic for the entire year plus new info even if above was true, they should have just edited it out," another fan reasoned. 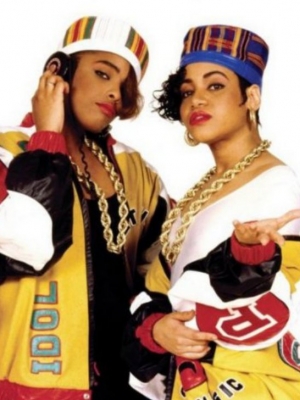