The former 'Friends' actress honors the late Wes Craven after she finished the filming on the upcoming fifth movie, five years after the director died.

The actress, who reprises her role as ambitious news reporter Gale Weathers in the new movie, titled "Scream", took to her Instagram page to share a photo of herself with the acclaimed horror director, who died in 2015.

In the snap, taken on the set of the original Scream film, Cox wears a costume featuring a scarlet jacket, a white blouse and a white and red plaid skirt, as she leans over and embraces Craven in his director's chair.

"Scream just wrapped. This all started 25 years ago directed by the beloved Wes Craven," she began her caption. "Walking back on the set 25 years later, I wasn't sure what to expect. What I found was an incredible new cast and two uber talented directors. I'm sure Wes will be so proud."

She continued, "Thank you @kevwilliamson for creating this legacy," tagging the screenwriter Kevin Williamson, who penned the original film, as well as the second and fourth entries in the series."

Courteney also shared a new photo from the set of the "Scream" reboot featuring its two directors, Matt Bettinelli-Olpin and Tyler Gillett, as well as a shot of herself with returning star Neve Campbell and screenwriter Kevin Williamson.

The actress has featured in each of the films in the series, with her ex-husband David Arquette also returning for the fifth "Scream" instalment. The two were married from 1999 to 2013.

"Scream" is expected to hit theatres in January, 2022. 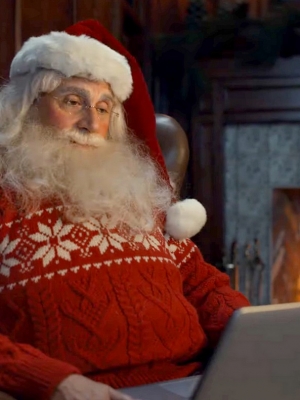