Fans are upset after finding out that the 'Twilight Saga' star is replaced by another actor in first-look photo of the standalone sequel to 2005's 'The Adventures of Sharkboy and Lavagirl in 3-D'.

AceShowbiz - Sharkboy and Lavagirl return in first-look photos of "We Can Be Heroes", but fans are not pleased. After Netflix and Robert Rodriguez unveiled official pictures of "The Adventures of Sharkboy and Lavagirl in 3-D" spin-off, many were left disappointed to learn that Taylor Lautner isn't returning as one-half of the title characters.

In one of the images, Taylor Dooley, who reprises her role as Lavagirl, slips into her pink suit which matches her bright pink hair. She stands next to J.J. Dashnaw, who replaces Lautner as Sharkboy, with a blue-and-silver suit and half of his face being covered by a mask.

"Sharkboy and Lavagirl are back! And they've had a kid. Introducing...Guppy! #WeCanBeHeroes releases on @Netflix on New Year's Day," Rodriguez wrote alongside the photos shared on his Instagram account.

Meanwhile, Netflix accompanied its tweet with a caption which read, "Wanna feel old? Sharkboy and Lavagirl are parents now (and their daughter is played by Vivien Lyra Blair aka Girl from BIRD BOX). WE CAN BE HEROES releases globally on Netflix on New Year's Day."

Noticing that the man in the Sharkboy suit isn't Lautner, fans couldn't hide their disappointment as one Twitter user commented on Lautner's replacement, "WHO'S THAT SHARKBOY IMPOSTER WHERE IS TAYLOR LAUTNER."

"Wait so Taylor Lautner is not back as Sharkboy? And that's why they gave a helmet to the new actor," another guessed. Someone else was quick to make up her/his mind as declaring, "If Taylor Lautner isn’t in the Sharkboy and Lavagirl spinoff I don't want to see it."

"how Taylor Lautner just decline some netflix coin and free press...," a disappointed fan asked. Another angry fan mused, "So yall about to just do my boy taylor like that?" Another similar comment read, "not them making a new sharkboy and lavagirl without mr. taylor lautner."

"I NEED TAYLOR LAUTNER," one person demanded, while another echoed, "Noooo bring back Taylor." Another person similarly uttered, "I'm sorry but Taylor Lautner will always be THE sharkboy and Netflix should've done everything possible to get him out of the cave where he's hiding. I want my full 2005 nostalgia experience!"

Before he rose to international fame with his role as Jacob Black in the "Twilight Saga" movie series, Lautner was known for starring in the 2005 adventure film. The 28-year-old actor's reason for skipping the spin-off movie is not disclosed.

Rodriguez, who directed the children's movie, returns behind the lens for the standalone sequel, which centers its story on the children of Earth's superheroes. "We Can Be Heroes" is set to be released on January 1, 2021 on Netflix.

Emma Corrin on Backlash Over Princess Diana Portrayal on 'The Crown': It's Fiction 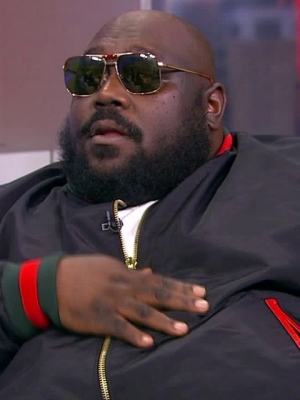