Kanye West: God Calls Me to Run for U.S. Presidency

The 'College Dropout' rapper believes it's his calling to be the leader of the free world as he talks about his presidential bid in a new podcast interview.

AceShowbiz - Kanye West believes he was called on by God to run for President of the United States.

During a nearly three-hour interview on "The Joe Rogan Experience" podcast, the 43-year-old rapper talked about why he decided to run for the White House, insisting it was God "calling me to take this position."

"I believe that my calling is to be the leader of the free world," Kanye insisted. "Even though I'm the pastor for however big my audience is in hip-hop, in music or just as an influencer or celebrity, a dad and a husband in my house - there couldn't be a better time to put a visionary in the captain's chair."

"That's not to say we haven't had visionaries before," he clarified. "I'm not here to down (incumbent Donald) Trump, to down (Democratic challenger Joe) Biden - I'm just here to express why God has called me to take this position."

Kanye also explained that his battle with COVID-19 earlier this year was the reason why he waited until 4 July (20) to announce his political ambitions.

"Why did I register so late to run for president? COVID," continued the "Gold Digger" hitmaker. "I had the virus and I was sitting in quarantine in my house and my cousin texts me about being prepared to run for president. And I just completely put it off to the side 'cause I was like, shivering and having the shakes and taking hot showers and eating soup."

"Coronavirus threw everyone off. It threw everybody's plans off," he mused. "And then it was just this calling on my heart."

Kanye stunned fans over the summer by announcing his candidacy as the leader of the Birthday Party, but has only qualified for the ballot in 12 states and has barely registered in the polls.

However, according to Federal Election Commission reports seen by New York magazine journalist Ben Jacobs, the hip-hop star is still spending $3 million (£2.27 million) of his own money on his campaign, after struggling to solicit donations, and he has been encouraging fans to vote for him as a write-in candidate if he doesn't feature on the ballot in their state.

The 2020 election takes place on 3 November. 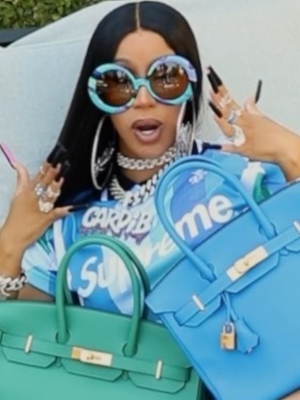