The 'Gracie's Choice' actress, who dated the TV host from 1997 to 2000, has weighed in on the accusations against her ex-girlfriend despite admitting that they haven't been in touch for years.

AceShowbiz - Actress Anne Heche has suggested the disgruntled former staffmembers accusing her ex-girlfriend Ellen DeGeneres of running a toxic workplace may be telling the truth.

Throughout the coronavirus lockdown, Ellen has been dragged through the media for the way she and her producers allegedly treat TV employees, and she recently apologised for allowing such a culture of bullying, misconduct, and harassment to exist on set - but that hasn't stopped the stories of negative experiences from continuing to hit headlines.

Ellen's wife, actress Portia de Rossi, and celebrity friends like Katy Perry, Ashton Kutcher and Kevin Hart have spoken out in the talk show titan's defence, but now the comedienne's former girlfriend, Heche, is weighing in on the scandal.

In an interview with Mr. Warburton magazine, Heche insists the exes haven't been in touch, but indicates there must be something to the mountain of allegations for it to create such a controversy.

"I haven't spoken to Ellen in years. I'd listen to the people who have," the 51-year-old said.

Heche continued, "If I'm standing someplace and I don't like what's going on there and I stay there, it's my fault. So what are the actions that got me there and why can't I get out of it easily if that's not something that I want to be engaged in?"

"Ellen is standing where she walks, and that is hers to continue that journey."

Heche dated DeGeneres from 1997 to 2000, shortly after the funnywoman publicly came out as a lesbian, and although they both suffered backlash in their personal and professional lives, the "Donnie Brasco" star has no regrets about the relationship, calling it "a beautiful part" of her life.

Anne Heche Reflected on Falling in Love With Ellen DeGeneres in Upcoming Memoir: I'm Not a Lesbian 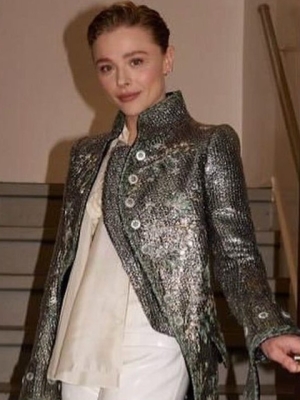