Chris and Katherine took to Instagram on Monday, August 20 to confirm their daughter's arrival and give fans the first glimpse of little Lyla Maria Schwarzenegger.

AceShowbiz - Anna Faris feels nothing but happy for ex-husband Chris Pratt and his new wife Katherine Schwarzenegger over news about them welcoming their first child together. A new report suggests how the "Mom" star reacts to the exciting baby news.

After Chris and Katherine announced the birth of their daughter, Lyla Maria Schwarzenegger Pratt, "Anna congratulated them and sent a gift," according to an insider who reveals to E! News. "They are on good terms and have a nice relationship. She's happy for Jack to be a big brother and is very supportive."

Anna has been supportive of Chris' relationship with the daughter of Arnold Schwarzenegger. During a 2019 appearance on the "Divorce Sucks!" podcast, Anna talked about how she and the "Guardians of the Galaxy" actor managed to have a good relationship despite their divorce.

"We are so good and respectful towards each other, and I think that there is so much kindness and love," she shared at the time. "It is very difficult to be completely separate from somebody you have spent so much emotional investment with."

Chris and Katherine, who got married in June 2019, took to Instagram on Monday, August 20 to confirm their daughter's arrival and give fans the first glimpse of little Lyla Maria with a sweet, close-up snap of the new parents holding the tot's hand. "We are beyond thrilled to announce the birth of our daughter, Lyla Maria Schwarzenegger Pratt. We couldn't be happier," read the caption. "Both mom and baby are doing great. We are extremely blessed. Love Katherine and Chris."

Lyla is Chris' second child as he also shares son Jack, who turns eight later this month (August 20), with Anna. The former spouses split in 2017 and finalized their divorce in 2018. 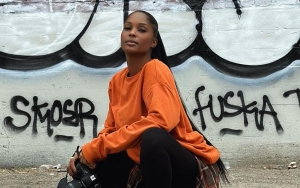