One of the songs off the slain rapper's posthumous debut album, 'Shoot for the Stars, Aim for the Moon', features the 'Rack City' rapper as well as Quavo of Migos.

AceShowbiz - Pop Smoke's posthumous debut album "Shoot for the Stars, Aim for the Moon" has just been released, but it has already been caught in another drama. This time around, fans of the slain rapper voiced their outrage and disappointment after learning that one of the songs off the album featured Tyga.

Tyga lent his voice on a track called "West Coast S**t" alongside Quavo of Migos. This apparently upset fans greatly that his name became a trending topic on social media. For instance, one user reacted, "Purchasing a Tyga feature should legally be recognized as an act of terrorism." Someone else said, "Tyga shouldn't have been on the song."

"First of all why is Tyga a feature on pop album, I thought we left him in rack city," one other expressed his/her confusion, referencing Tyga's hit song. Some people were also convinced that if Pop Smoke was still alive, he would never allow the "Hookah" rapper be on his records. "OK this song with Tyga is a skip," another made his/her decision, while an individual commented, "What could this n***a Tyga POSSIBLY have to say on a pop smoke album."

Prior to the album's release, the record was caught in a drama as people criticized its cover art and called out Virgil Abloh for his "lack of creativity" in making the art. Defending himself, the Louis Vuitton designer claimed that the cover art was inspired by his last conversation with Pop Smoke.

"the last conversation i had with @realpopsmoke was about what we were gonna do in the future. this album cover was one of like 5 things we talked about," he wrote in a now-deleted post along with the album cover. "he mentioned his story felt like the metaphor of a rose and thorns growing from concrete of of his hood in Canarsie, Brooklyn."

"in your memory I just finished it yesterday," the CEO of the Milan-based label Off-White went on sharing. "as evident of the whole idea, the t-shirt insinuates it's mandatory we put an and to this cycle of violence that plagues us, we need to shoot for the moon & aim for the stars. as heavy is it is we are celebrating your life the whole way thru. rest in peace young one."

Ben Affleck Reportedly Signs a Deal to Return as Batman

Tyga Shoots His Shot at Zendaya 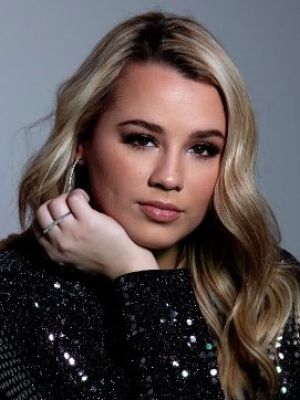 Artist of the Week: Gabby Barrett