Will Ferrell and Rachel McAdams Weigh In on 'Wedding Crashers' Sequel

The 'Eurovision Song Contest' actor teases that the follow-up to the hit 2005 comedy film should focus on divorce, while his co-star expresses her eagerness to reprise her role.

AceShowbiz - Will Ferrell and Rachel McAdams are in the early stages of working on a follow-up to hit 2005 comedy "Wedding Crashers".

The pair, who are currently promoting their new Netflix film "Eurovision Song Contest: The Story of Fire Saga", have teased they are eager to reprise their roles in the comedy, which also featured Vince Vaughn and Owen Wilson.

"'Wedding Crashers 2', yeah, I think we can just say it's being written," Ferrell told E! News before adding the follow-up should focus on divorce. "How about if it's just the lawyers representing everyone in divorce court? And just make it, like, a legal courtroom drama - not funny at all."

McAdams admitted she would be thrilled to reprise her role in a sequel, noting she has enjoyed working with Wilson and Vaughn on other productions.

"I got to work with Owen again on 'Midnight in Paris', so that was super fun," the actress shared. "And I worked with Vince again on 'True Detective'... It'd be nice to go back and have a romp."

McAdams also pointed out that she didn't share any screen time with Ferrell in the film, directed by David Dobkin - the filmmaker behind "Eurovision Song Contest".

"Will and I actually never met on that film, because he was doing a cameo... We were like ships passing," she said. "I was always just so wishing another opportunity would come along, where we'd actually be in the same scene together. I think he's one of the funniest men on the planet. So, I'm just a huge fan. And he's one of the loveliest men as well."

"Eurovision Song Contest: The Story of Fire Saga" arrives on Netflix in the U.S. on Friday, June 26.

Chris Pratt Saddened by Death of Prince Rupert the Ram 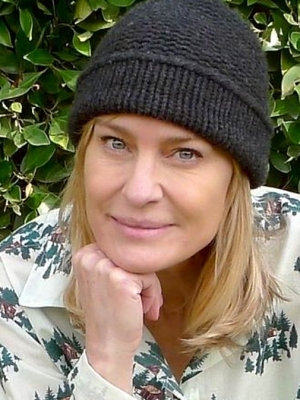