The 88-year-old actor, who portrayed Bilbo Baggins in Peter Jackson's film trilogy, passed away on Friday, June 19 after losing his battle with Parkinson's disease.

AceShowbiz - Sir Ian Holm's "Lord of the Rings" castmates Orlando Bloom and Elijah Wood have added their tributes to those pouring in for the late actor, who lost his battle with Parkinson's disease on Friday, June 19.

The two actors worked with Holm, who played Bilbo Baggins in filmmaker Peter Jackson's movie trilogy, and they took to Twitter on Friday to honour the 88-year-old.

Bloom posted a photo of Sir Ian, and added the caption: "We lost a legend today. He played one of the smallest of characters in our film Lord of the Rings but he was always a giant to me." 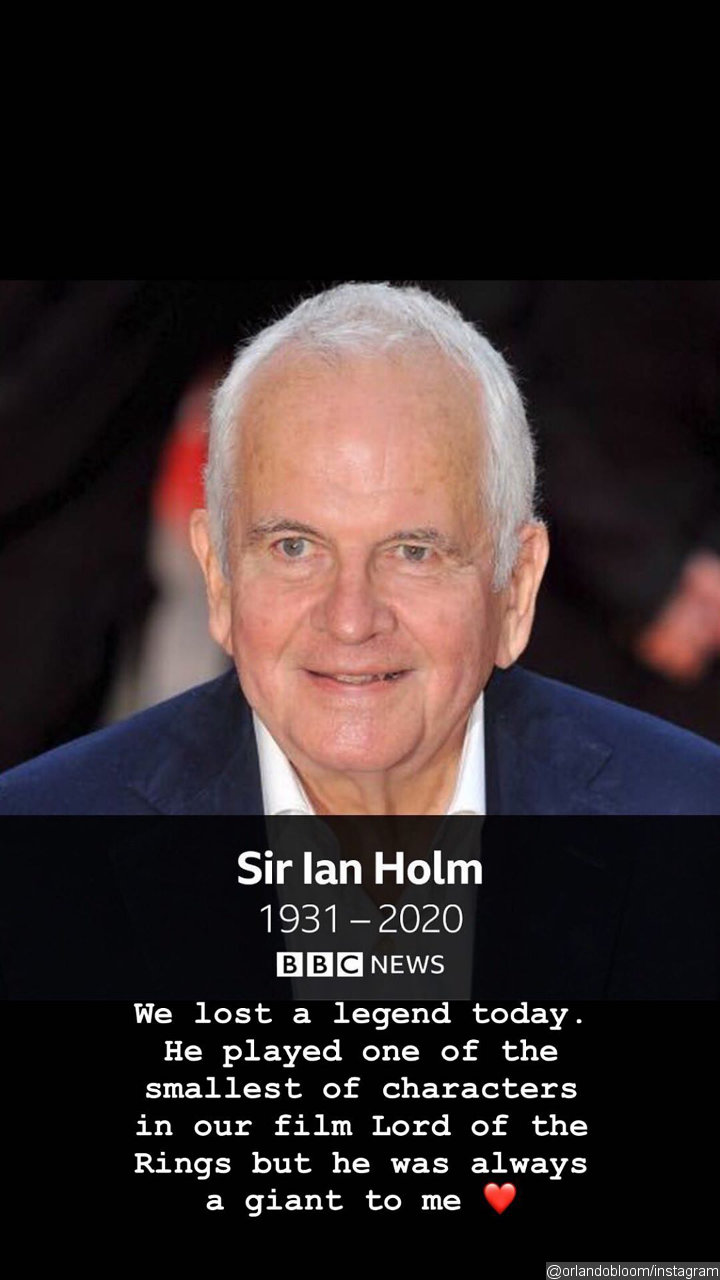 And Wood, who portrayed Bilbo Baggins' nephew Frodo in the films, called his late co-star a "brilliant and vibrant" person, adding: "Farewell, uncle." 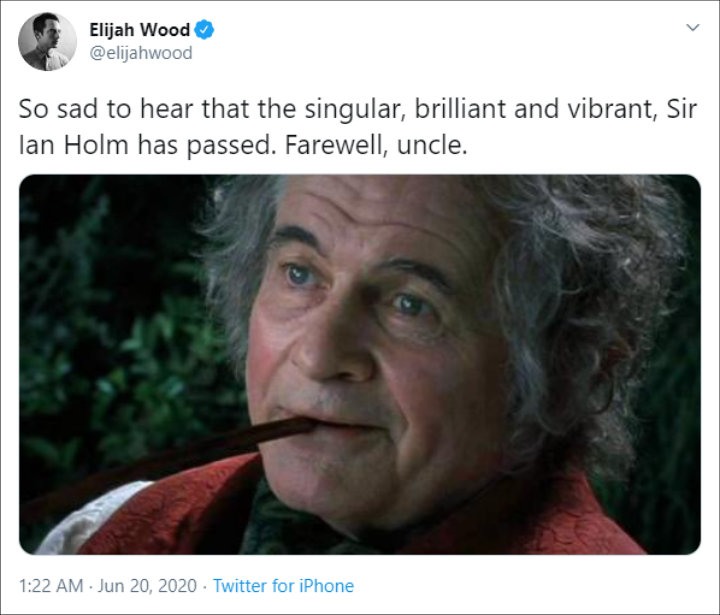 The pair's "Lord of the Rings" castmate Dominic Monaghan also paid tribute, posting a still from "The Lord of the Rings: The Return of The King" in which he, Wood, Sean Astin, and Billy Boyd shared a scene with Sir Ian and adding the caption: "Off to the Grey Havens goes dear Ian Holm. Pete Jackson said he was the best actor he had ever worked with. I studied him whenever I could. On set and off it, he was a magical man. So sweet. So full of twinkle. So GOOD at it all. Namarie Uncle Bilbo."

There have also been tributes from Mia Farrow, Eddie Izzard, and Holm's daughter-in-law Samantha Morton.