Noname's response earns mixed reactions from fans as one praises the Chicago rapper for the new song while someone else dubs the clapback 'so unnecessary.'

AceShowbiz - Noname has publicly responded to J. Cole's shade on his controversial song "Snow on Tha Bluff". On Thursday, June 18, the Chicago took to her Twitter account to address the drama with her own song called "Song 33", in which she also highlights social issues that are happening in the recent weeks.

Seemingly taking a jab at J. Cole, Noname raps in the one-minute and nine-seconds track, "He really bout to write about me/ When the world is in smokes?" She continues, "When it's people in trees?/ When George begging for his mother saying he couldn't breathe/ You thought to write about me?" 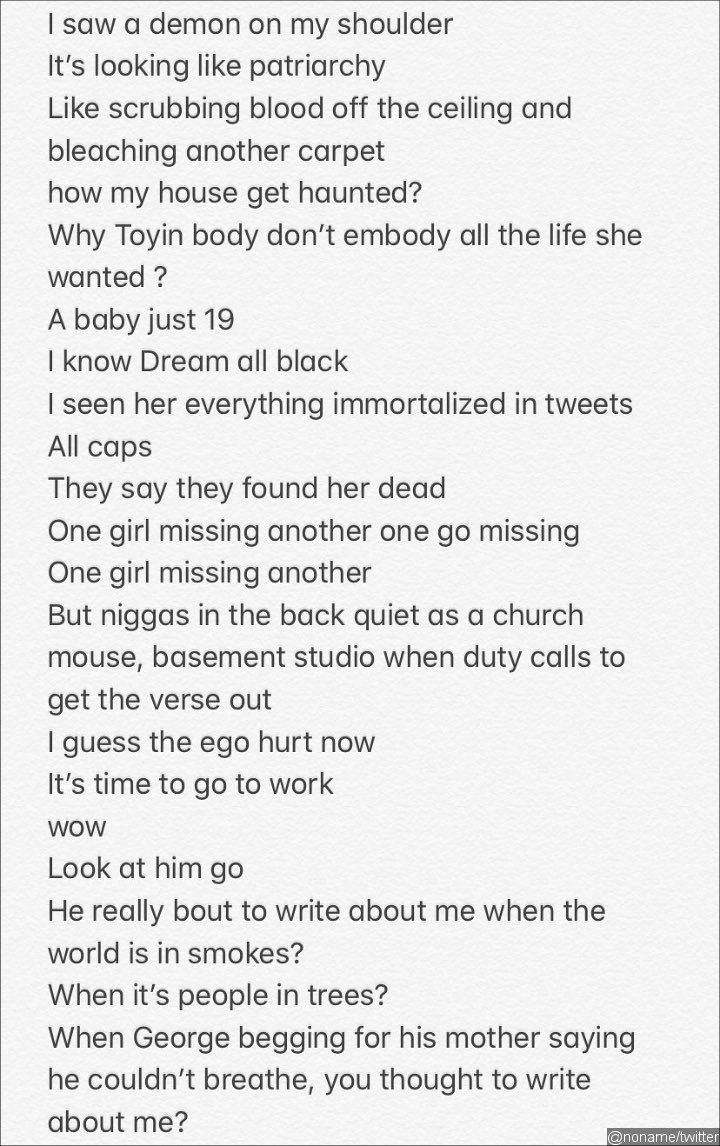 "Little did I know all my reading would be a bother/ It's trans women being murdered and this is all he can offer?/ And this is what y'all receive?" she goes on rapping in the song, in which she touched on the recent murder of 19-year-old activist Oluwatoyin Salau. 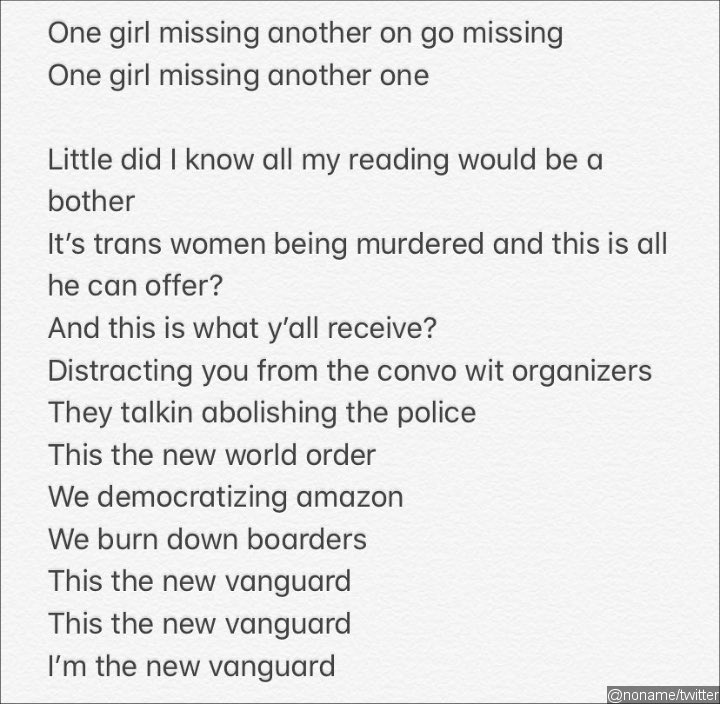 She also highlighted recent social issues in the song.

Her response earned mixed reactions from fans. Praising Noname, a fan wrote in the replies, "This is how you criticize someone without attacking or disrespecting them."

However, some others slammed Noname for the response which someone dubbed "so unnecessary." The naysayer added, "It says a lot about maturity when you get pressurized by society to respond, but the n***a @JColeNC was legit being sincerely honest. I like you but this is crazy, especially from you. You are a woke person, dreaming right now."

Criticizing Noname, another person wrote, "Yet you're doing the same with all this going on. Why not have a actual conversation with him and speak to him about? Why make it bigger than it is?" Another comment read, "you didn't even addressed his praise or understood what he said to you. your ego blinded you. i thought you were more focused & smart than this. take your 15 of clout, that apparently that’s your agenda."

A fan, meanwhile, thought it would be a great thing if Noname and J. Cole put their differences aside and do a collaboration. "Shaq and Kobe had their differences, but when it came time to win the ring, they were unstopabble. With that said, it'd be dope to see a @noname and @JColeNC collab. They're both on the same team, just debating over whose approach is more effective," the person noted.

The beef between J. Cole and Noname started after the former criticized Noname on his song for recently calling out her peers over their social media silence following the death of George Floyd at the hands of a white police officer in Minnesota last month, May 2020.

"She mad at the celebrities, low key I be thinkin' she talking bout me," he raps, later adding, "But s**t, it's something about the queen tone that's botherin' me." Cole goes on to claim he isn't educated enough to be as outspoken about the Black Lives Matter campaign as some think he should be, and suggests those wanting to share their knowledge "treat people like children" so they can better understand.

The lyrics sparked a backlash online, but he returned to Twitter on Wednesday to defend his track - while also addressing speculation his verses were about Noname. "I stand behind every word of the song that dropped last night," he declared. "Right or wrong I can't say, but I can say it was honest. Some assume to know who the song is about. That's fine with me, it's not my job to tell anybody what to think or feel about the work. I accept all conversation and criticisms."