The 'Black Widow' raptress responds after the '212' hitmaker announces that she has trademarked 'p***ypop' and taunts the Aussie star, 'positively will come after her for using one of my Brand Names.'

AceShowbiz - Iggy Azalea is not letting Azealia Banks' mean-spirited posts ruin her mood. The Australian star, who is reported to have recently welcomed her first child with her boyfriend Playboi Carti, has responded after her longtime nemesis claimed to have trademarked the word "p***ypop" and threatened to get Iggy's song "P***y" removed.

Instead of getting worked up, the 29-year-old raptress doesn't seem to be bothered by Azealia's threat. "Actually that's not the way copy right works," she posted on Twitter on Tuesday, May 19 after learning of the New York City's artist's announcement. "I don't sell soap names that so it doesn't matter. That's not even how trademark works." Calling out Azealia, she added, "The girls are dumb. Move on."

Iggy went on arguing why Azealia's threat misfired, "Also my track list is P***y Pop not 'p***ypop'. It isn't even the word she has trademarked." She went on telling her fans to stop worrying about this, writing, "Please stop feeding into this type of dumb s**t & ignore her I hate seeing you guys get upset or worried about nonsense."

Earlier on the same day, Azealia took to her Instagram Stories to announce, "I officially own the trademarks for P***YPOP & BUSSYBOY. Today is an excellent day." Taunting her nemesis, she added in the post, "@thenewclassic I would have your team remove 'P***ypop' before things get ugly."

"Definitely have proof of usage prior to her song release as well as a slew of disparaging tweets from her about my company. Absolutely, positively will come after her for using one of my Brand Names," she went on claiming, before making her point, "Can't make a song called 'Doritos' if the CEO of Doritos does not approve of usage. I do not approve of usage."

Many have since slammed Azealia for her petty move, with one commenting, "She gotta be embarrassed at this point . Bc I am for her." Another called her out, "She's soo bitter sheesh," while some others called her "miserable" and "toxic."

Someone else slammed her as "mentally ill," while a fan of Iggy warned her to "leave iggy alone. F**k." Fed up with her bitterness, one other complained, "Azealia really gotta grow up, this behavior is so tired and boring at this point."

Iggy Azalea Confirms She's Back in Studio Amid Baby Rumors 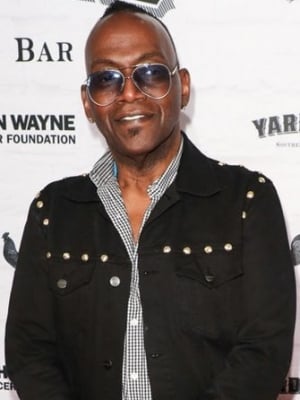