The 'Death of a Salesman' star has passed away at the age of 81 from natural causes in his native Connecticut, drawing tributes from John Lithgow, Tom Arnold and Malcolm McDowell among others.

Celebrities have started flocking to social media sites to pay their respects to the "Cocoon" star, who passed away from natural causes in his native Connecticut, aged 81.

Farrow, who worked with the late actor on Broadway in 2014, tweets, "Any actor who worked with Brian, can tell you how lucky we were. There was no-one more present, truthful or generous to be in a scene with. Broadway, the movies and TV have lost an irreplaceable giant." 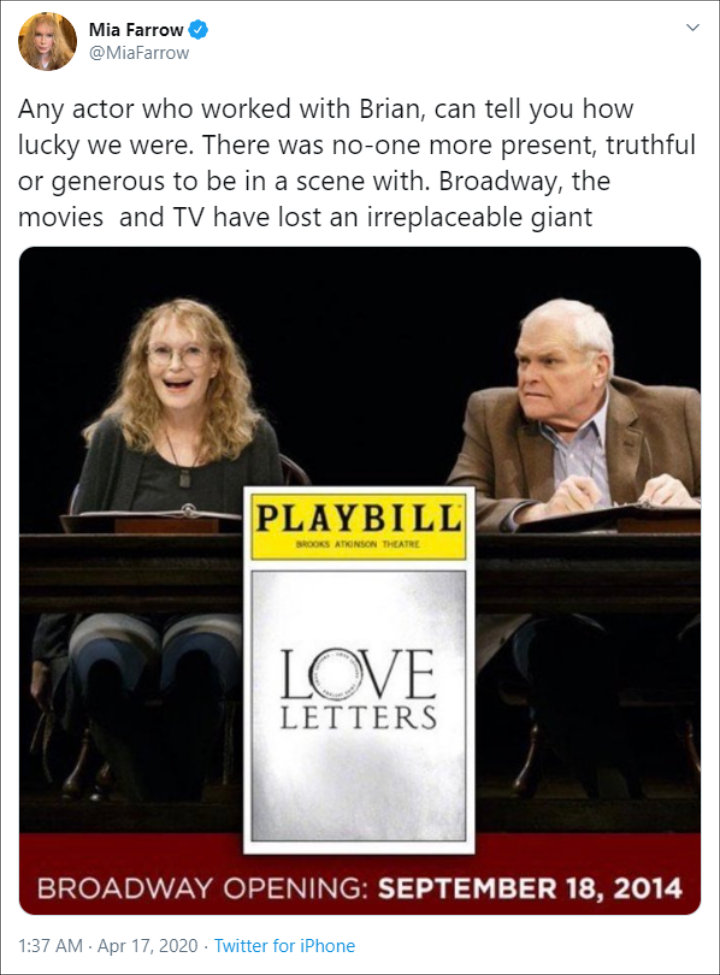 Delany, who also worked with Brian, added, "They don't make his kind anymore." 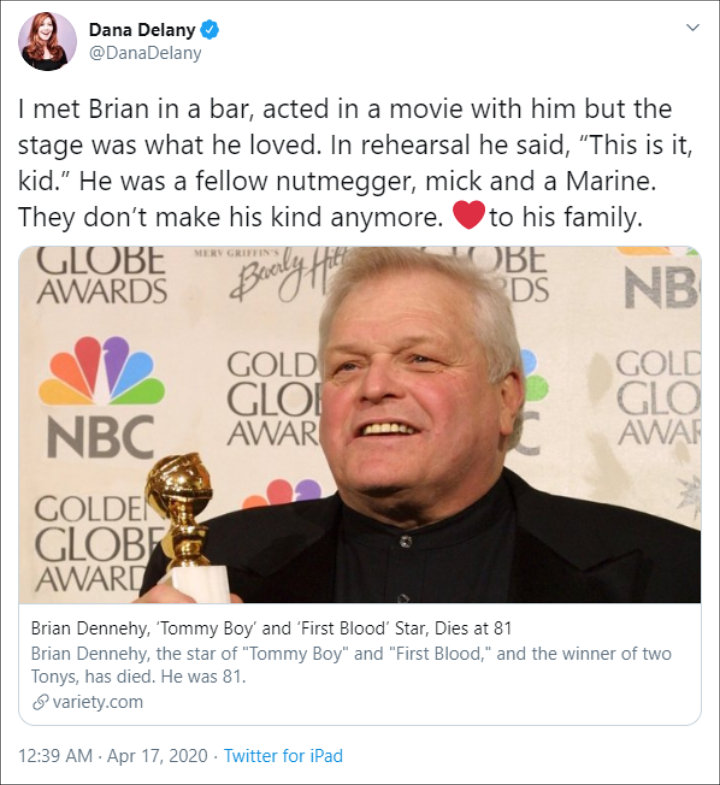 There have also been tributes from David Harewood, John Lithgow, Carl Weathers, Tom Arnold and James Woods, who made two movies with Dennehy - "Split Image" and "Best Seller". 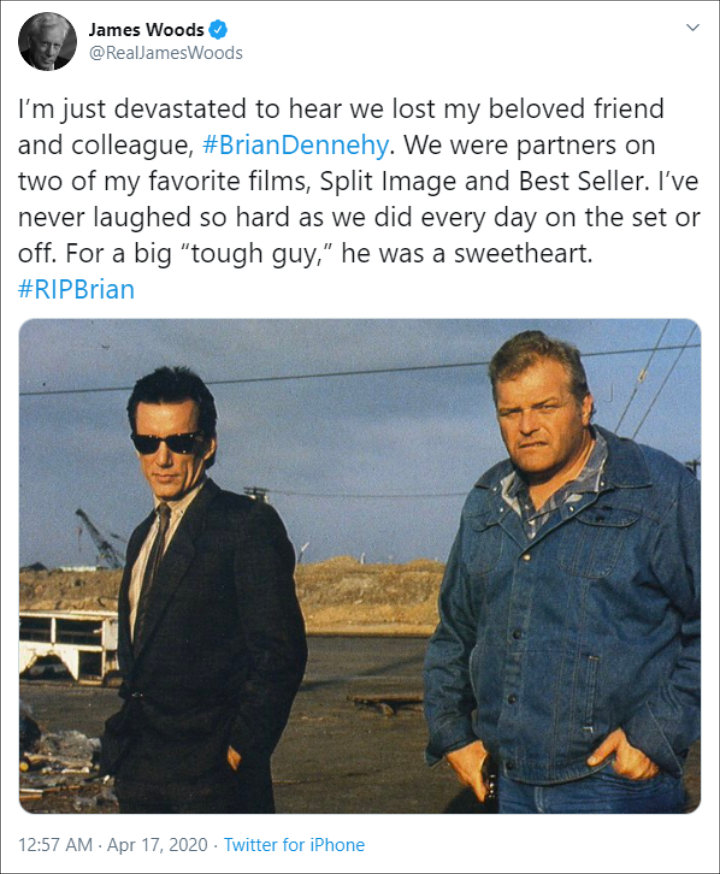 "I've never laughed so hard as we did every day on the set or off," he writes. "For a big 'tough guy', he was a sweetheart." 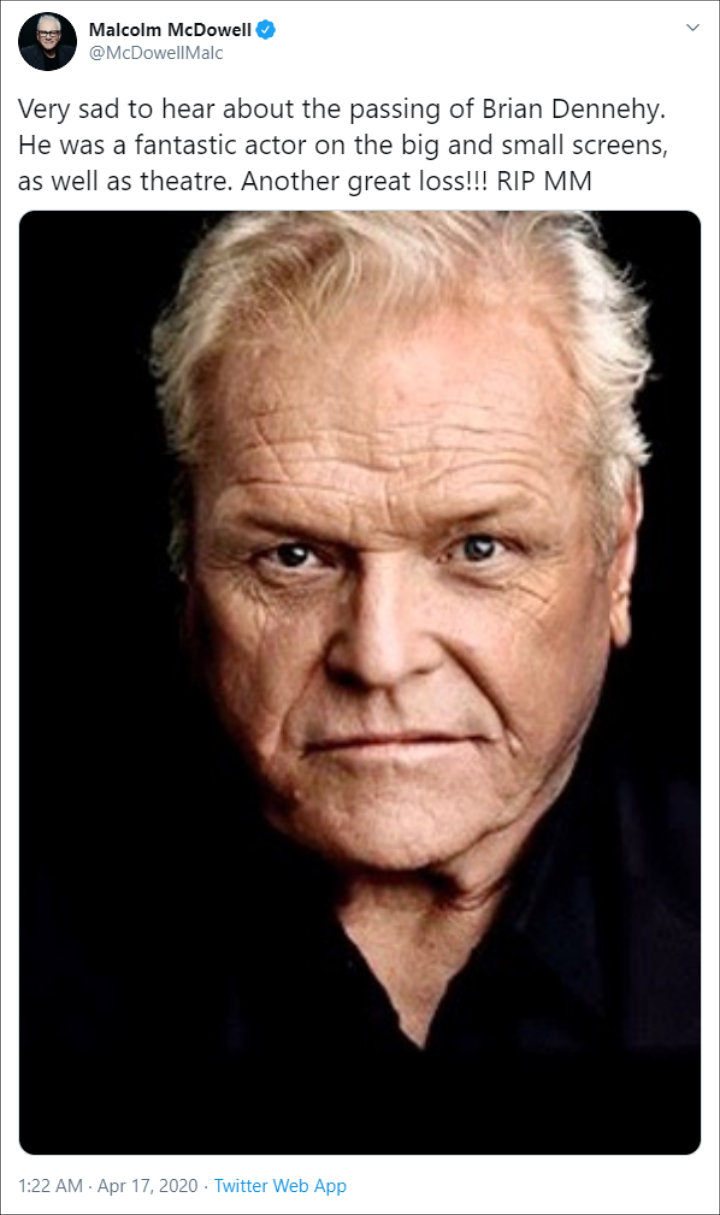 Meanwhile, British acting great Malcolm McDowell adds, "Very sad to hear about the passing of Brian Dennehy. He was a fantastic actor on the big and small screens, as well as theatre. Another great loss!!! RIP."