Stopping by Keyshia Cole's 'Fox Soul', Tami explains the current state of her relationship with the her former co-star of the hit VH1 reality TV series which Shaunie also executive produces.

AceShowbiz - Tami Roman exited "Basketball Wives" last season due to the tension between her and former co-star and friend Shaunie O'Neal. People seem to be curious about the current state of her relationship with Shaunie, and Tami addressed the matter in a recent interview.

Stopping by Keyshia Cole's "Fox Soul", Tami explained, "I thought in my mind that we were close. I thought that we had a camaraderie and sisterhood and mutual respect for each other." Speaking of her shocking exit at the end of season 8 of the hit VH1 reality show, Tami added, "I found out over the past three seasons that the lack of friendship was shown rather than the sisterhood as it pertained to me, which was unfortunate because I care for Shaunie."

"I think that when I went back to the show, 'Basketball Wives LA' in 2015, I thought that cast was great. We had [Mehgan James], and we had [Brandi Maxiell], we had [Malaysia Pargo], [Jackie Christie]. I thought it was great. And then 2016 entered what I like to call the demon seed," she continued.

Seemingly alluding that Evelyn Lozada was the reason behind her fall-out with Shaunie, Tami shared, "The whole dynamic changed. And for me, it was just not a happy place to be once she returned. And this is no secret. She doesn't like me, she never has liked me, I tried to be friends, and so now I've accepted that she doesn't like me, so now I don't like you."

"I tried numerous times. I really truly did, and to find out that there were a lot of workings going on behind the scenes and emails being sent and negative, derogatory things being said about my health and my miscarriages all the way up to the network executives, I felt like at that point, that was crossing a line for me. So there was no way we could have ever worked together, for me," she continued. 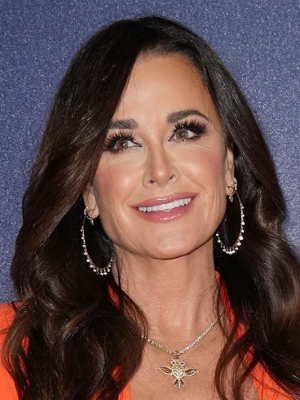