A woman releases a video that shows a shirtless man who looks similar to the UFC champion fast asleep in her bed while she's dancing to a 2019 hip-hop song.

AceShowbiz - Conor McGregor was exposed for allegedly cheating on his longtime girlfriend/baby mama Dee Devlin. The woman he reportedly slept with shared an alleged video of him fast asleep in her bed while she was grinning from ear to ear.

The shirtless man bore resemblances to the MMA star. Just like the 31-year-old UFC champion, the man had reddish beard, cropped hair, and tattoos on one of his arms. The video was taken with selfie camera so it was a mirror-reversal of the actual image. 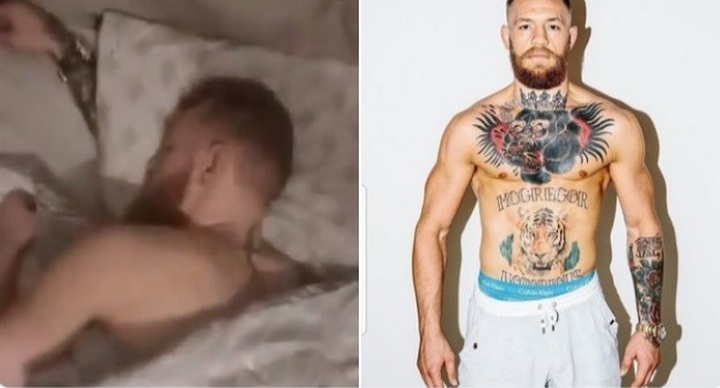 The woman identified as Kim Hendrick on social media was seen dancing and lip-synching lyrics to song "Girls Have Fun" by Tyga, G-Eazy, and Rich The Kid. It's unclear when the video was taken but the song was released only last year in late January 2019, just a few weeks after Conor's girlfriend gave birth to their second child.

It's not the first time he's hit with infidelity rumors. In February 2019, a woman named Terri Murray came forward claiming she slept with him in 2017, just weeks before his girlfriend delivered his first child. Terri said she became pregnant following their hookup. "I don't want his money. I just want to prove he is Clodagh's dad and I'm not lying," she claimed.

She also showed mirror selfies of them in the bathroom. He hugged her close and even put his hand on her thigh in one of the photos. When she asked him about his girlfriend, he allegedly said he "had been on and off with this girl for years."

However, Conor insisted he's not the father and claimed Terri slept with one of his friends.

Conor McGregor and Dee Devlin have been together since 2008. Neither commented on the latest rumors. In her last Instagram post in January, she gushed over her baby daddy, "Proud beyond words."