The 'Thor: The Dark World' actress was criticizing The Academy for not having female directors as nominees at the 2020 Academy Awards with her Dior gown featuring the names of the snubbed filmmakers.

AceShowbiz - Not everyone was impressed by Natalie Portman's action after she made a statement with her dress at the 2020 Academy Awards. The Oscar-winning actress attended the Sunday, February 9 event in a custom Dior gown with the names of female directors embroidered on the hemline.

The 38-year-old explained that it's her way to show her support for the female directors, who were not nominated for the Best Director Oscar at the 92nd annual prize-giving. "I wanted to recognize the women who were not recognized for their incredible work this year in my subtle way," she told The Los Angeles Times.

But instead of earning praises for her support to female filmmakers, Portman has come under fire as many noted that her production company has only ever hired one female director to date, which was none other than herself.

Pointing this out, one Twitter user wrote, "What I find funny is that Natalie Portman has hired 0 (zero) women to direct the movies made using her own production company. I think there's about 7 films under her company, she hired male directors for all of them. Hollywood hypocrites are fun."

Someone else sarcastically posted, "Amazing gesture! If only the production company she owns and runs would hire female directors other than *Natalie Portman*, then it might not be seen as quite so performative." Another added, "#NataliePortman's performative Feminism at the Oscars fails to address the fact that her very own production company is peopled by White Male directors."

Portman has not responded to the backlash. Her production company handsomecharliefilm has released eight films to date, with three more announced. Out of the eight films, the "Black Swan" actress directed two of them, while the rest have male filmmakers being credited as helmers.

Natalie Portman Reacts to Rose McGowan's Criticism Over Her Oscars Dress, Agrees It Is Not 'Brave' 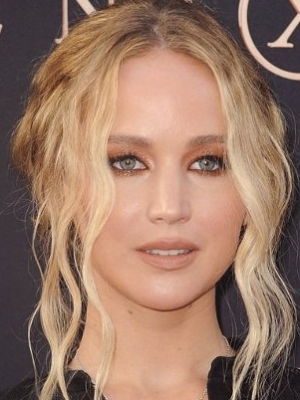