'The Irishman' and 'Once Upon a Time in Hollywood', in the meantime, collect ten nods each, whereas Sam Mendes' '1917' receives nine and 'The Two Popes' hauls five.

AceShowbiz - "Joker" looks set for success at the 2020 BAFTA Awards, after receiving an impressive 11 nominations.

The tragic tale of how Batman's villainous foe came to be earned nods for star Joaquin Phoenix, who is up for the Leading Actor gong, director Todd Phillips and Best Film. The movie is also up for the inaugural Best Casting prize, as well as awards for Editing, Production Design, Make-up & Hair and Sound.

Margot actually featured twice in that category, as she's also up for the award for her movie "Bombshell".

Sam Mendes' "1917" received nine nominations, including one for the prestigious Best Film gong, while "Jojo Rabbit" is up for six prizes, including Supporting Actress for Scarlett Johansson. Scarlett and Margot will face off against Laura Dern in "Marriage Story" and Florence Pugh in "Little Women (2019)" for the prize.

Scarlett is also up for the Leading Actress award, thanks to her role in "Marriage Story", alongside fellow competitors Saoirse Ronan for "Little Women", Charlize Theron in "Bombshell", Renee Zellweger in "Judy" and Jessie Buckley" for "Wild Rose".

Meanwhile, "The Two Popes" also bagged an impressive nominations haul with five nods, including Supporting Actor for Anthony Hopkins. But the acting veteran has some tough competition, with Tom Hanks nominated for "A Beautiful Day in the Neighborhood", as well as Pacino, Pesci and Pitt. Jonathan Pryce is up for the Leading Actor award for his role in "The Two Popes", but will also have a big ask beating "Marriage Story" star Adam Driver, "Rocketman" lead actor Taron Egerton, DiCaprio and Phoenix to take home the award.

It was previously announced that Awkwafina, Micheal Ward, Jack Lowden, Kaitlyn Dever and Kelvin Harrison Jr. will face off for the EE Rising Star Award at the 2020 ceremony.

Film Not in the English Language: 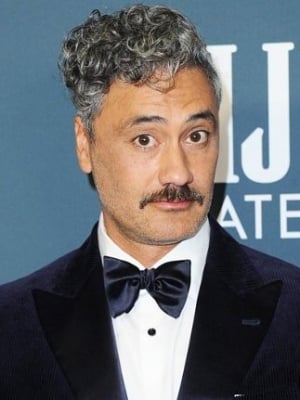