Many are speculating that the 'Shattered Glass' actor is joining the Matt Reeves-directed superhero film as District Attorney Harvey Dent who becomes villainous Two-Face.

AceShowbiz - Peter Sarsgaard has joined the cast of "The Batman" in a mystery role.

Director Matt Reeves took to Twitter on Friday, December 06 to announce his latest casting coup, prompting fans to speculate he might be the new District Attorney Harvey Dent, who becomes the villain Two-Face. 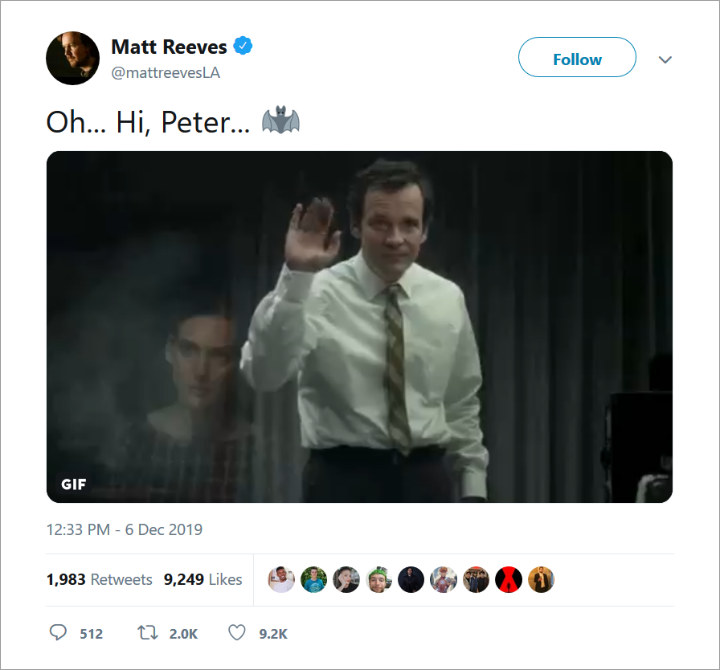 The character has previously been played on the big screen by Tommy Lee Jones and Aaron Eckhart.

Back On? DJ Pauly D and 'Double Shot' Star Nikki Hall Seen 'All Over Each Other' in L.A.

Kristen Stewart Calls Idea of Her Starring as Catwoman 'Silly'

Robert Pattinson Shares About His 'Connection' to Batman