The 'Keeping Up with the Kardashians' star is answering to a bunch of her fans' tweets when one of them comments, 'I wished Tristan never messed up! Him and Khloe were so cute together!'

AceShowbiz - If there is one thing that Khloe Kardashian could wish for, it has something to do with her relationship with Tristan Thompson. The reality TV star admitted to wishing that the basketball player didn't cheat on her and ruin their relationship while answering to fans' messages on Twitter over the weekend.

People were commenting on the latest episode of "Keeping Up with the Kardashians", which featured Tristan trying to get Khloe's heart back, when one of Khloe's followers told her, "I wished Tristan never messed up! Him and Khloe were so cute together!" The Good American Jeans founder apparently also felt the same.

She replied to the fan, "Same babe. Same lol," before assuring that there's nothing to worry about right now. "But we are coparenting so well right now. It is a great space to be in. Coparenting is such a hard space. Much respect to all coparenters," she continued. 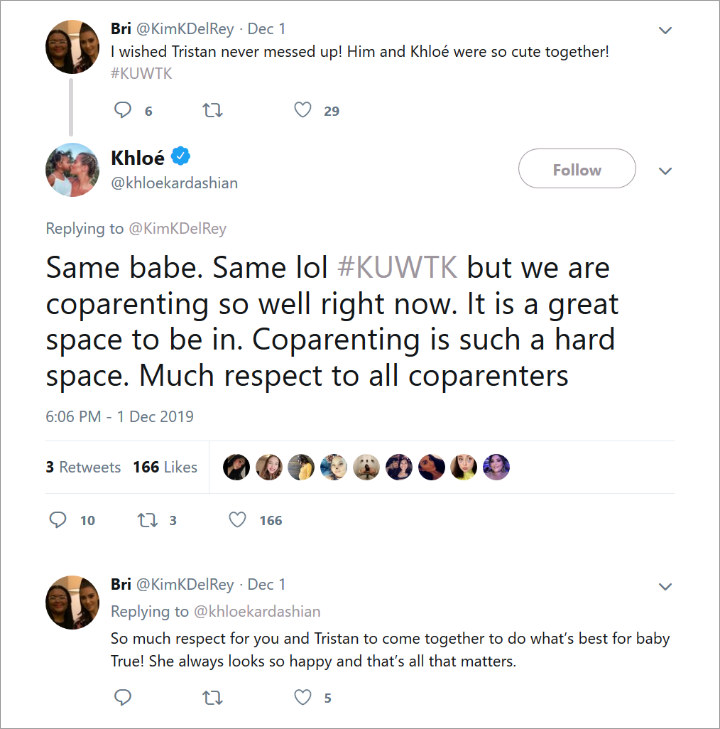 In a separate tweet, Khloe also said that Tristan is doing a great job as a father. She gushed over the Canadian athlete, "He's True's daddy--she deserves to have a loving and awesome father. Tristan is amazing to her. She deserves that. We all make mistakes in life and none of us are perfect. I'm not gonna hold on to that negativity because it will only hurt myself &the energy that I get to my child." 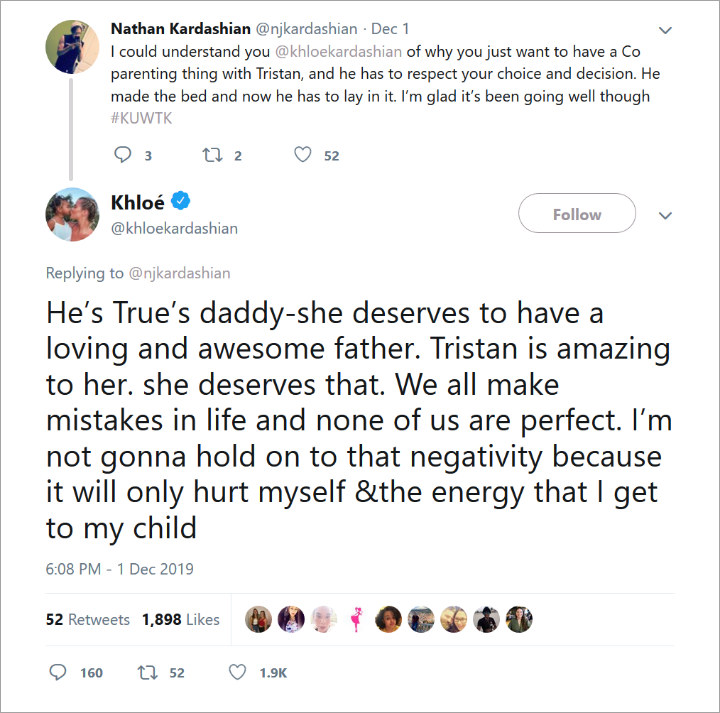 Khloe started dating Tristan in 2016 and gave birth to their first child together, True Thompson, in April 2018 amid rumors that he cheated on her with an Instagram model. Despite the cheating scandal, the blonde beauty decided to stay with the Cleveland Cavaliers player for the sake of their daughter. The couple ended up splitting for good after she found out that he kissed Jordyn Woods behind her back.

Despite their messy breakup, Khloe and Tristan are currently co-parenting True amicably. He also often shows his admiration to her through Instagram comments, though it's always met with backlash.