Report: Jessie Woo Fired From 'Love and Hip Hop: Miami' Because of This

It remains to be seen what the comedian/singer/podcaster is planning after 'Love and Hip Hop' though it was previously reported that Jessie wanted to further her career as a singer.

AceShowbiz - Upcoming season of "Love & Hip Hop: Miami" may not be featuring Jessie Woo. A new report suggests that the cast member for season 3 of the VH1 series is slowly but surely coming together, but Jessie allegedly isn't among the lineup.

One of the show's producers claims to MTO News that Jessie was not asked to return to the VH1 reality show. As for the reason, the source shares that the decision is made because she is "too boring."

"Jessie was just too boring," says the insider of the comedian/singer/podcaster. "We get it, she's very 'positive' and 'uplifting.' You can be all that, but you also need to have some drama in your life."

The producer continues, "That's what the show is all about, drama."

The site, however, notes that Jessie should have seen the firing coming. The Haitian-American beauty was said to be nearly fired from the show last season because of "insubordination." At the time, Jessie refused to argue with co-star Amara La Negra, despite the producers egging her on.

It remains to be seen what Jessie is planning after "Love & Hip Hop". It was previously reported that Jessie wanted to further her career as a singer.

Sex Tape of 'Love and Hip Hop: Miami' Star Being Shopped Around 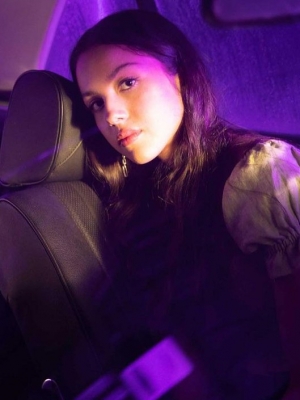