During an interview, the B2K member also reveals an advice for the controversial couple, suggesting them to 'change the narrative' on 'Love and Hip-Hop: Hollywood'.

AceShowbiz - After staying mum for so long, Omarion has finally broken his silence on the relationship involving his longtime pal Lil Fizz and ex Apryl Jones. In a recent interview, the rapper shared what he actually felt about the romance, which landed both Fizz and Apryl in hot water.

During in a recent episode of VladTV, Omarion was asked about the romance of his B2K teammate and his baby mama. Weighing in on it, he responded, "I don't feel no ways, I don't feel any way about it."

Despite that, Omarion had an advice for the "Love & Hip-Hop: Hollywood" couple. "I think that if they're happy, then they should be happy. I think they should change the narrative, though."

Referring to the new couple's drama with Fizz's baby mama and "LHH: Hollywood" co-star Monique Slaughter, who has been blasting them on social media and on the show, Omarion said, "She's still the mother of my children. When something affects her, it affects my kids, and that affects me."

"But what she does is, you know, live your life!" he went on saying. "I think people should do whatever makes them happy. I think they should change the narrative though."

During the interview, he was also asked about Fizz's comment saying that they just had a working relationship. "I guess so. Yes, we do," Omarion shared. "What we established as kids, the B2K brand coming back 15 years later this year to have one of the biggest tours of the year, there's nothing that could touch that."

He added, "That's history in itself. Just speaking personally, I don't think that matters. We were able to give the fans what they wanted for so many years. That's what's up right there."

Previously, Omarion shared the reason he and then-girlfriend Apryl decided to appear on "LHH: Hollywood" back in 2014. "Because I am a private person, I felt like it was a good opportunity and a nice, I wouldn't nice platform but you know, a good platform for me to be able to introduce people into my world a little bit," he told Vlad. "And also, like I said, the record company at the time was not supporting the record so I needed some level of visibility in order to sell 'Post to Be'."

"That was the sentiment behind being on 'Love & Hip Hop'. It was always, you know, to promote my music and just let people in the world who I am as an entertainer because not everyone that entertains start as young as I did so essentially I'm growing up in front of people's eyes. This was another piece, this was another part of that," he concluded.

Omarion and Apryl, his backing vocalist at the time, started dating in 2013. They welcomed their first child together, A'mei Kazuko Grandberry, on March 7, 2016, just four months before the former couple announced their breakup. Apryl is currently dating Lil Fizz as they confirmed their relationship in an October episode of "Love & Hip Hop: Hollywood", much to people's dismay.

Omarion Postpones 'Millenium Tour', Talks About Removing B2K Out of It 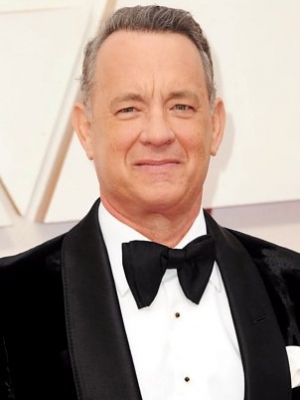