Words are the 'Hot Girl Summer' hitmaker has faked relationships with various hip-hop stars to boost her music career, while she has been secretly dating another guy for two years.

AceShowbiz - While Megan Thee Stallion recently confused her fans about whether or not she and Moneybagg Yo were still together, report has now emerged that the couple never dated in the first place. Words are the 24-year-old's romance with the rapper, whose real name is Demario DeWayne White, Jr., is fake.

According to MTO News, the Texas-born star, who rose to prominence with her hit "Hot Girl Summer" featuring Nicki Minaj and Ty Dolla $ign, has faked relationships with various hip-hop stars, including Moneybagg, DaBaby and Meek Mill, to boost her music career.

In the meantime, she has reportedly been dating another guy for two years. Megan's real "secret" boyfriend is claimed to be a Houston guy named Hotboy Awesome. He is said to be a music industry executive who has worked with a bunch of artists and is also very well respected in the streets.

And Hotboy doesn't seem to have any intention to keep their relationship a secret. He has been sharing photos and videos of him with Megan on his Instagram account.

"Follow Me On My Journey I Promise I Wont Let U Down," he captioned one of his posts, which included a video showing him surprising his alleged girlfriend with an animal doll at what looks like a night festival.

Some of Megan's fans have even noticed that Hotboy is always around Megan. But instead of thinking that they're in a relationship, they speculated that he might be one of her gay male friends.

But Hotboy has taken to Instagram Live to deny that he is gay. In the video filmed on Tuesday, November 6, the music executive claimed that he is straight and hinted that he and Megan are an item.

Megan has not responded to the latest rumor about her dating life.

IG Model Accuses Megan Thee Stallion of Copying Her Look, Gets Trolled Instead 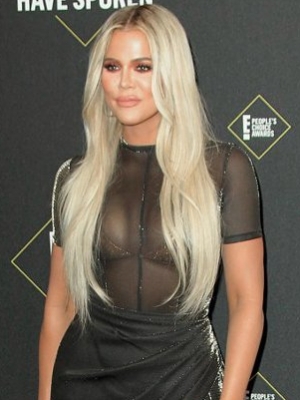