The 'Going Bad' hitmaker and the 'Money in the Bank' spitter admit Hov just sets the bar high after sending them an invite to Shawn Carter Foundation Gala with a $40,000 Rolex watch.

AceShowbiz - Jay-Z may be the most generous host ever. The rapper and music producer, whose real name is Shawn Corey Carter, has sent out invites to guests for an upcoming Shawn Carter Foundation Gala and each of them comes with a fancy item.

As revealed by Meek Mill and Swizz Beatz, who received the invitations, on their Instagram Stories, Hov sent the guests Rolex watches as VIP passes. Having accustomed to wearing luxurious items, the two rappers were still impressed by Jay's new level of richness and generosity.

Meek posted a picture of the watch, which is valued at $40,000, and wrote in the caption, "Hov sent these vip passes smh this rich s**t getting out of control lol." For those who find it hard to believe, the "All Eyes on You" hitmaker added, "I'm not joking lol." 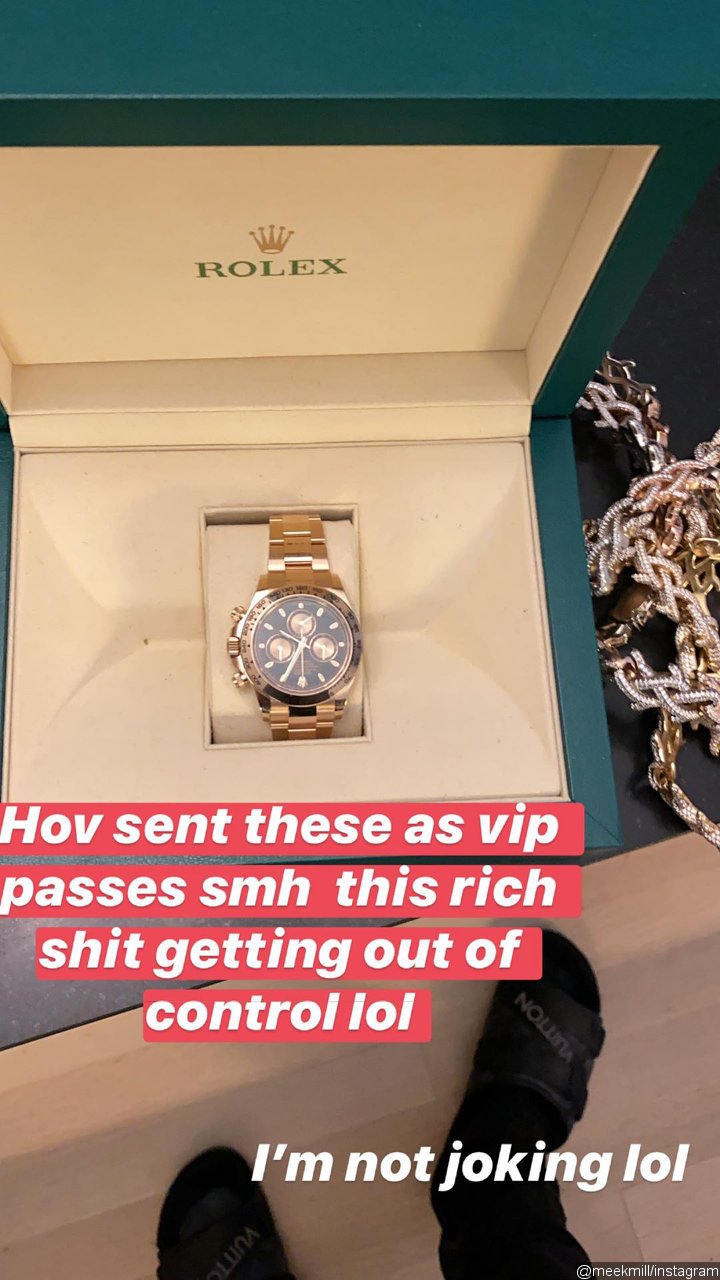 Swizz shared on his account a photo of the same watch and revealed that the invite also came with a bottle of Armand de Brignac champagne, a brand also known as Ace of Spades which Jay co-owns. "Levels. Hov is on another level with the invite game," the "Everyday Birthday" rapper captioned his story. "It came with a Daytona Rolex and a bottle of Ace." 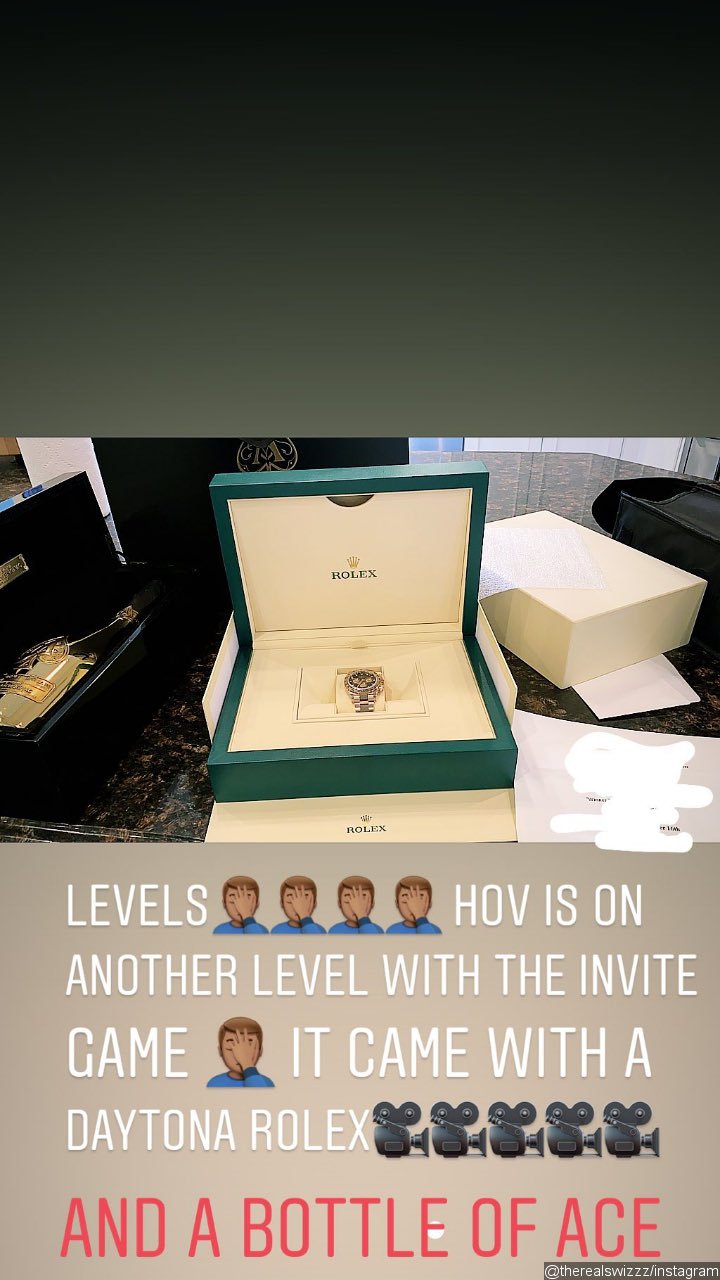 The Rolex watches were gifted as VIP passes for the upcoming Shawn Carter Foundation Gala, which will be held on November 15 and 16 at the Seminole Hard Rock Hotel and Casino. A source tells Complex that the event will feature a a blackjack tournament and a black tie gala.

Proceeds from the event will go to the foundation and the work they do providing scholarships, college prep, and more. Alicia Keys has been announced as one of the artists billed to perform at the charity event.

Jay-Z Accused of Doing His Business 'Dirty' by Damon Dash

Watch: Jay-Z Snatches Man's Phone for Trying to Record Him and Beyonce at Diddy's Birthday Bash

Jay-Z Gets Handsy With Aaliyah in Never-Before-Seen Photos