AceShowbiz - Keanu Reeves has gone public with his first girlfriend in decades. The "Matrix" star is dating his longtime friend Alexandra Grant and the pair flaunted their romance when attending the LACMA Art + Film Gala presented by Gucci in Los Angeles on Saturday, November 2.

The lovebirds were all smiles and holding hands while posing together on the red carpet. They stayed close to each other while walking past photographers and heading into the museum. The couple, however, has not made an official statement on their relationship.

Keanu was dapper in a black suit, black shirt and black tie with workman boots for the event. His lady love looked elegant in a navy blue sleeveless dress with heels and bangle bracelets. She also wore a pair of dangle earrings and a necklace. 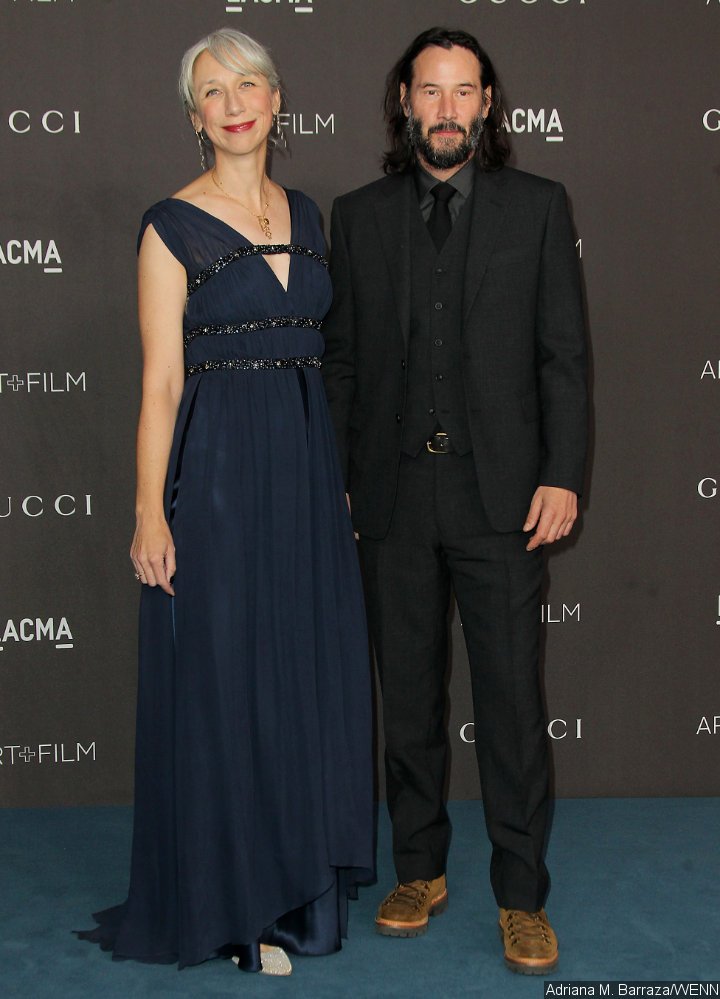 Keanu Reeves and Alexandra Grant go public with their romance at the LACMA Art + Film Gala in Los Angeles.

It wasn't the first time the pair were seen together. Back in October, the "Speed" actor and the 46-year-old artist were spotted on a dinner date. The two were walking arm in arm with Alexandra resting her head on Keanu's shoulder as they left a sushi bar on Sunset Boulevard in Los Angeles. In the same month, they were also photographed enjoying dinner together at Giorgio Baldi, a luxurious Italian hotspot, in Santa Monica, California.

The following year, the duo co-founded X Artists' Books, a publishing house that focuses on publishing "thoughtful, high-quality, artist-centered books that fit within and between genres."

Keanu was previously in a relationship with Jennifer Syme, who gave birth to their daughter Ava, eight months into her pregnancy. The baby was stillborn. The grief over their daughter's death put a strain on their relationship and they broke up several weeks later. Jennifer died on April 2, 2001 in a car accident. The "John Wick" star has since been keeping his personal life very private.

Keanu Reeves Reportedly Will Move In With Girlfriend Anytime Soon