Following the release of his memoir 'Darkness to Light', the TV star's former NBA player ex-husband tries to fix his relationship with Khloe and asked her for a face-to-face meeting.

AceShowbiz - In the previous episode of "Keeping Up with the Kardashians", Khloe Kardashian contemplated whether she should meet up with ex-husband Lamar Odom or not. Following the release of his memoir "Darkness to Light", the latter tried to fix his relationship with Khloe and asked her for a face-to-face meeting. And Khloe had made a decision in a new episode which aired on Sunday, October 27.

Talking to sister Kim Kardashian, Khloe admitted it made her "feel good" to see him publicly say he was sorry about all that happened. However, the Good Americans jeans founder had decided she wouldn't go to see the former athlete.

"I've already been weary about seeing Lamar and if it was the right decision," she shared. "Now knowing that he has a girlfriend [Sabrina Parr], it makes my decision so much easier because I don't want to ever be disrespectful. The decision has been made for me. It's just not the right decision to reach out to him and set up that face-to-face."

Khloe though noted that it wasn't because she had hard feelings towards Lamar's new girl. "I love Lamar. He's such a huge part of my life and I will always keep him in such a special place in my life," she said. "I have so much respect for him and I want only beautiful things to come his way but the past is the past for a reason sometimes."

In the previous episode, Khloe told her sisters that she did miss Lamar. "I, like, miss him all the time, but not in a place I could want to get back with him." The mom of one, however, added that despite the "decent" and "nice conversation with Lamar," she had no intention to get back together with the 39-year-old. "I don't want to mislead him in any way, but I would like to meet with him."

Kim Kardashian Addresses 'KUWTK' Feud With Kourtney: We Are In a Good Place 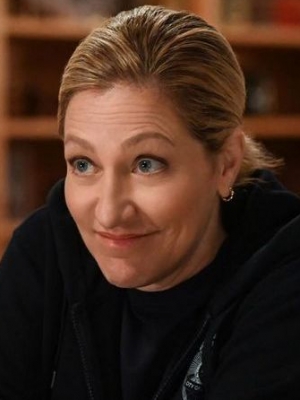 'LHH: Miami' Star Saucy Santana Hints at Getting Revenge on Miami Tip for Being 'Tea Runner'