The 'Dancing with the Stars' pro dancer reminds the rapper in an amusing post that his wife was once a contestant, drawing comments from his celebrity friends.

AceShowbiz - Kanye West lets the world know that he's not a fan of "Dancing with the Stars". The 42-year-old rapper dissed the ABC dancing competition on one of his new songs called "On God".

"That's why I charge the prices that I charge / I can't be out here Dancing With the Stars / No, I cannot let my family starve / I go hard, that's on God," so the hip hop star spat his bars.

Ironically, Kanye's wife Kim Kardashian was once a contestant on the show, competing on the seventh season. She was partnered with pro dancer Mark Ballas and became one of the contestants sent packing pretty early on the show.

In case Kanye didn't know or forgot, Val Chmerkovskiy, one of the show's regulars, reminded the rhymer on his Instagram post. A slideshow of photos from Kim's 2008 appearance on the show was shown right after a short clip of Val looking baffled when he heard the diss track.

"Yo, Kanye, keep talking that smack about Dancing with the Stars, man. You gonna catch this diss track. With some rhinestones on it," the pro dancer added at the end of his video. He also wrote in the caption, "That new Ye album got me in my feelings.."

Val's cheeky response to Kanye's diss drew comments from a couple of his famous followers. Singer/dancer Travis Garland wrote, "I need len on this diss track. I heard he's got bars," seemingly referring to one of the "DWTS" judges Len Goodman.

One of Val's former "DWTS" partners Tamar Braxton laughed at his cheekiness. "Shut up," she penned, adding a string of laughing crying face emojis.

"On God" was featured in Kanye's latest studio installment "Jesus Is King". The album arrived October 25 after numerous delay. It's his ninth studio effort but his first foray into religious theme. Before working on the album, he almost quit because he thought rap was the devil's music.

Kanye became a born-again Christian over the summer. He formed a Gospel choir and took them across the country for his "Sunday Service" concerts. He recently flew them out of the United States for a religious concert in Jamaica.

Kanye West and Kim Kardashian Seen at Beyonce and Jay-Z's Oscars After-Party - Get the Details! 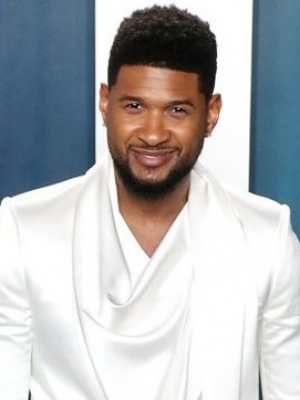 Fans Attempt to Rap as Fast as Eminem Through the #GodzillaChallenge

Lady GaGa's New Single Is Days Away From Its Release

Cardi B Reacts to BTS' Cover of Her Single 'Finesse'