Twitter users go berserk after a video goes viral showing a concertgoer touching the Jonas Brothers member from behind while he's performing onstage, with some people calling the act 'disrespectful.'

AceShowbiz - Nick Jonas received an unpleasant treatment during one of his recent performances with his brothers and group mates Joe Jonas and Kevin Jonas. The youngest member of the Jonas Brothers was groped by a female fan during their concert at the Hollywood Bowl in Los Angeles on Monday, October 21.

In a video taken by another fan, the husband of Priyanka Chopra was performing onstage when the female fan was seen touching his leg. A security guard warned her, but another hand reached between his legs. It's unclear if this was the same fan.

The "Sucker" singer tried to ignore it at first, but he looked uncomfortable when it happened for the second time. He brushed the hand off his thigh and turned around to see the culprit, while a security crew member seemingly told her to back up. But being a pro he is, he continued singing like nothing had happened.

A fan expressed her/his anger at the groper's act, posting the video and writing along with it, "WTF this is very disrespectful!!" Others have since taken to the comment section to condemn the act as well. "This video upsets me so much," one wrote.

Another fan commented, "That IS sexual assault. She went and touched him without his consent in a place that's not hers to touch and it makes me so fcking sick." Another blasted the disrespectful fan, "To the girl(s) who keeps touching the boys : you need to give the boys respect don't make them feel uncomfortable."

Another Twitter user confessed she was pissed off "so bad" after watching the video. Someone else wrote, "How did the people around her continue to let that happen?! If I'm next to her, whether I know her not, I'm slapping that hand away so fast. It's not funny or cute, it's rude and disgusting." 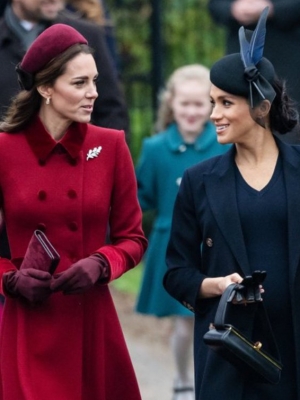 Lori Harvey Swoons Over Michael B. Jordan Playing With Her Nephew