Emily Blunt stars as an explorer who enlists the service of Dwayne Johnson's riverboat captain character for a deadly trip deep into the Amazon jungle to prove that 'the myth' is real.

AceShowbiz - Buckle up as Disney has released the first official trailer for its new film "Jungle Cruise" that takes movie fans on another wild ride. Dubbed the adventure of a lifetime, the pic is inspired by the famous Disneyland theme park ride that opened in 1955.

The trailer was first launched on early Friday, October 11 via a fun-filled Instagram Live featuring Dwayne "The Rock" Johnson, interacting with a boat full of skippers from the Jungle Cruise attraction at The Disneyland Resort.

The film is described as an adventure-filled, Amazon-jungle expedition starring the former wrestler-turned-actor as the charismatic riverboat captain and Emily Blunt as a determined explorer on a research mission.

"Legend has it there is a tree in the Amazon that possesses unparalleled healing powers and the arrowhead is the key to unlocking it," Blunt says in voiceover early in the trailer. The video follows Blunt's Dr. Lily Houghton who enlists the service of Johnson's captain Frank on a trip deep into the Amazon jungle to prove that "the myth" is real.

Reluctant at first, Frank is buoyed by Lily's offer of a lot of money despite the risk. The action-packed scenes and thrilling adventure leave the impression that the movie is a mix of "Indiana Jones" and "Pirates of the Caribbean".

"We're just so moved, so honored to be in a movie like this because we both grew up madly in love with 'Indiana Jones', 'Romancing the Stone'," Blunt said when promoting the movie at Disney's D23 Expo in August. "So to be a part of something like, this same spirit, just makes my heart race."

Listen: Justin Bieber Opens Up About Mental Health Struggles on Remix of 50 Cent's 'Many Men' 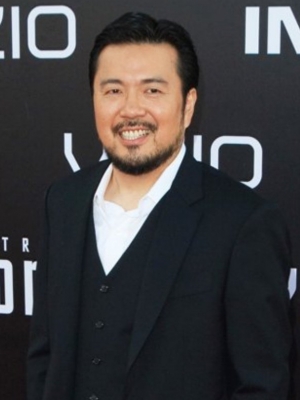