During her new interview, Kristen, who rose to fame after starring in popular fantasy movie 'Twilight', also sings today's youth praises for their tendency to refrain from sexuality labels.

AceShowbiz - Kristen Stewart has opened up about how her love life affects her acting career. The "Charlie's Angels" star, who rose to fame after starring in "Twilight", reveals in a new interview with Harper's Bazaar U.K. that she was advised to hide her sexuality in order to "preserve" her career.

"I was informed by an old-school mentality, which is -- you want to preserve your career and your success and your productivity, and there are people in the world who don't like you, and they don't like that you date girls, and they don't like that you don't identify as a quote-unquote 'lesbian,' but you also don't identify as a quote-unquote 'heterosexual.' And people like to know stuff, so what the f**k are you?' the 29-year-old actress said in the interview which was published on Monday, September 2.

Kristen, who has been linked to "Twilight" co-star Robert Pattinson, model Stella Maxwell, St. Vincent and French singer Soko, went on adding, "I have fully been told, 'If you just like do yourself a favor, and don't go out holding your girlfriend's hand in public, you might get a Marvel movie.' I don't want to work with people like that."

Sarah Kate Ellis, president and CEO of the LGBTQ media advocacy group GLAAD, noted in an email to NBC News that the "Personal Shopper" actress' "experience in the entertainment industry isn't unique." She added, "For decades, LGBTQ actors have been told that in order to secure roles in Hollywood, they have to hide their authentic selves and stay closeted."

"While many actors in Hollywood still face bias in casting offices, this year's Emmy nominees -- including 'Pose,' Billy Porter, Laverne Cox, Hannah Gadsby, Ryan O'Connell and several others -- give us hope that LGBTQ actors are not only becoming accepted, but also celebrated, by audiences everywhere," Sarah continued.

During the interview, Kristen also sang today's youth praises for their tendency to refrain from labels. "I just think we're all kind of getting to a place where -- I don't know, evolution's a weird thing -- we're all becoming incredibly ambiguous," she shared. "And it's this really gorgeous thing." 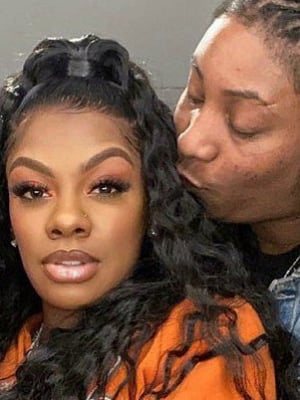