Also remembering the Linkin Park frontman on the day he took his own life are bandmates Mike Shinoda, Joe Hahn, Dave Farrell, Rob Bourdon and Brad Delson, as well as his mother Susan Eubanks.

AceShowbiz - Chester Bennington's widow and his Linkin Park bandmates marked the sad anniversary of the rocker's suicide on Saturday (July 20) with a series of social media posts.

Mike Shinoda, Joe Hahn, Dave Farrell, Rob Bourdon and Brad Delson and the tragic singer's wife Talinda remembered Chester on social media, with the band sharing a "favorite" photo of the rocker and asking fans to do the same.

Shinoda also posted a black and white photo of himself with Bennington and confessed he initially considered marking the second anniversary of his pal's death by staying away from social media.

"I didn't really want to post today, but I also thought it would be weird not to post," he wrote. "I don't want the day Chester passed to be marked as an 'event'. I'd rather celebrate his birthday, celebrate album anniversaries, celebrate the countless moments our wonderful LP family has had together. Today, just take care of yourself."

His widow uploaded a video, in which she paid tribute to her late husband, and added the caption, "I woke up and this was on my heart... take care of each other today. Enjoy every moment of it. #makechesterproud." 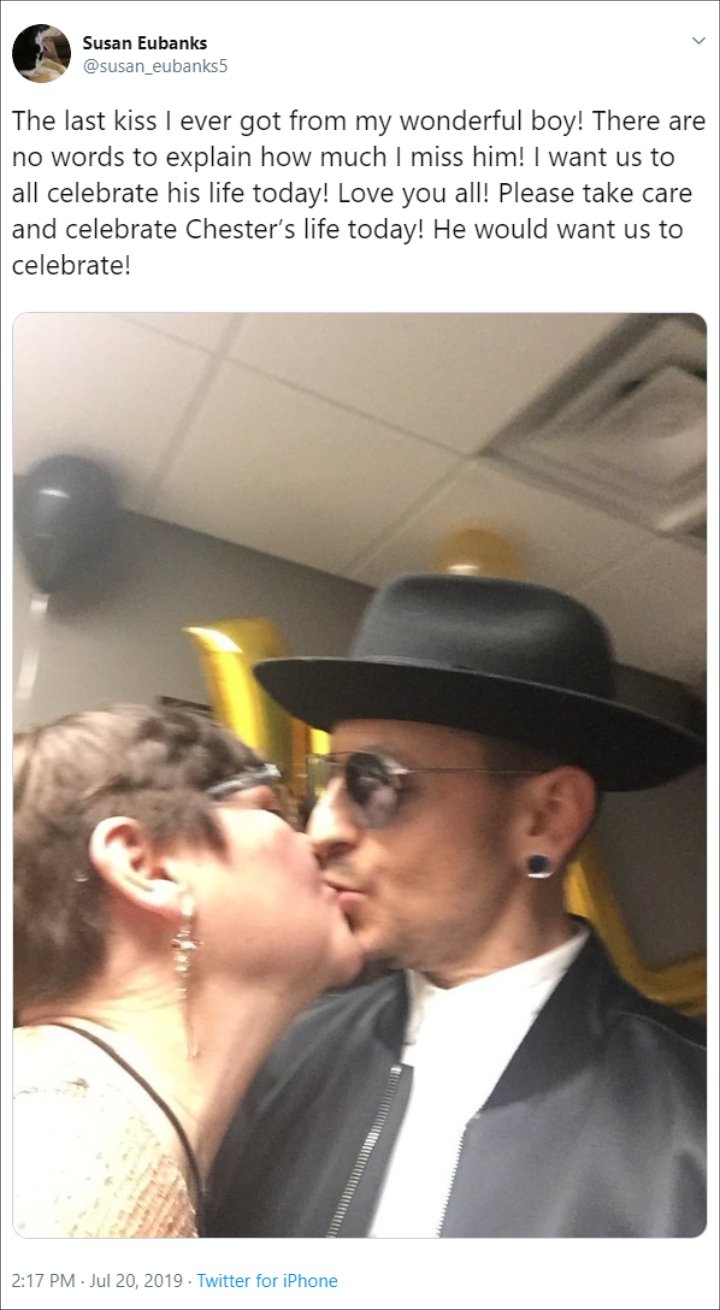 Chester's mother, Susan Eubanks, also shared a photo of herself with her late son, and wrote, "The last kiss I ever got from my wonderful boy! There are no words to explain how much I miss him! I want us to all celebrate his life today! Love you all! Please take care and celebrate Chester's life today! He would want us to celebrate!"

'Avengers: Endgame' Overthrows 'Avatar' as Highest-Grossing Film of All Time

Chester Bennington's Ex-Wife to Get Half of Linkin Park Royalties