Cardi B Shocks Fans With Receding Hairline After Extensive Wig Use

Social media users are stunned to see what the 'Bodak Yellow' hitmaker's wigs have done to her hairline as she shows her real hair in a recent Instagram video.

AceShowbiz - Cardi B may have another thing to worry about besides her courtroom looks. The rapper, who has addressed criticism about the way she dresses when appearing in court for a strip club assault case, has shocked fans with her receding hairline.

The 26-year-old hip-hop star, who is known for her love of wigs, showed her real hair in an Instagram video on Sunday night, July 14. She was wearing cornrows and her edges were visibly chewed up, probably caused by her extensive wig use. 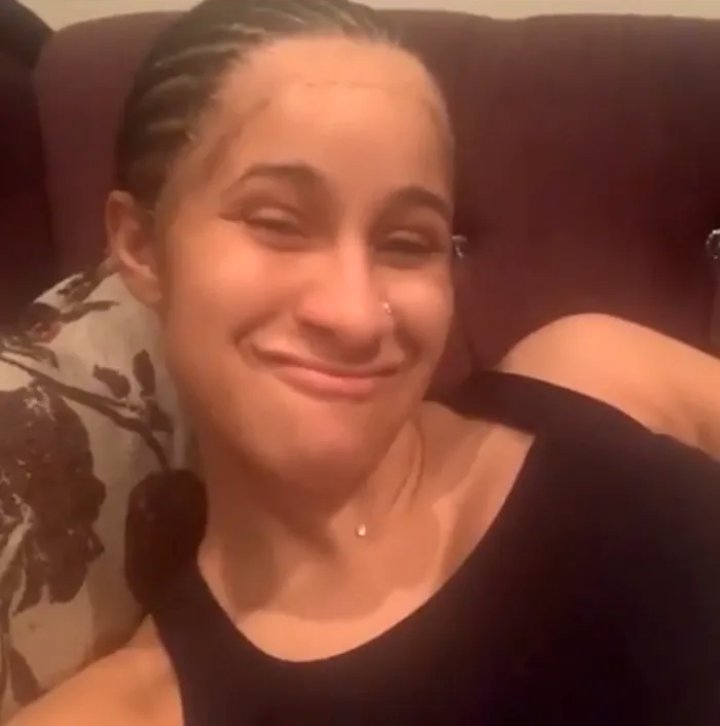 Cardi B reveals receding hairline in a recent Instagram video.

This prompted social media users to comment on Cardi's real hair. "God damn! In the hood they call that no edges," one posted. Another allegedly commented on a mark along Cardi's forehead, "She got a lacefront glue print on her forehead."

Fans have a strong reason to worry about Cardi's receding hairline. Back in January of this year, the mother of one also showed her natural hair on Instagram Stories and the photo revealed her thicker hair compared to her current hair. 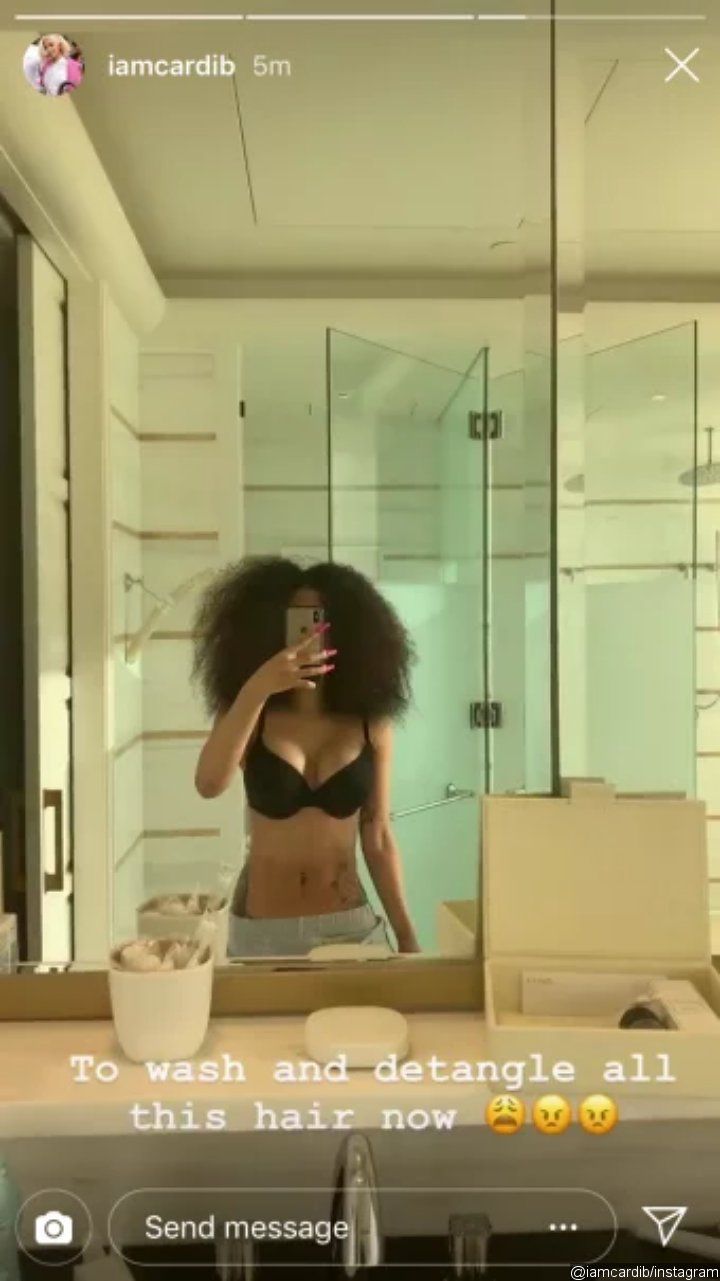 Cardi B showed her natural hair in January.

While Cardi hasn't talked about her apparent receding hairline, she has clapped back at a prosecutor for criticizing her outfits at court. Prosecuting lawyer Joe Tacopina claimed the Bronx femcee dressed like she was attending "a runway show" to the court.

"Here's a woman who got indicted by a grand jury with felony charges, and appears to only be concerned about what she's wearing," the celebrity defence attorney told the New York Post on Saturday, July 13. "There's going to be a 'Come to Jesus' moment with her, because it's not consistent with someone who's taking this seriously."

Responding to the comment, Cardi said in a series of now-deleted videos on Instagram, "I don't dress inappropriate when I go to court. I dress like a young f**king lady. Where am I supposed to get my suits from, H&M? Why are you worried about the way I dress?"

She went on accusing Tacopina of trying to grab headlines with his incendiary style statements. "That just goes to show you that y'all do this s**t for press. I went to court six times already for a f**king misdemeanour," Offset's wife claimed. "There was one time I went to court with no makeup on. Just motherf**king ChapStick."