Being named one of the worst offenders of nicotine use onscreen by The Truth Initiative, the streaming service comes out with a statement acknowledging its harmful influence to young people.

AceShowbiz - Netflix bosses have promised to cut back on smoking scenes in their films and series after an anti-tobacco group named the streaming service one of the worst offenders of nicotine use onscreen.

Truth Initiative researchers have released a new study that lists shows like "Stranger Things", "Unbreakable Kimmy Schmidt", and "Orange Is the New Black", feature more tobacco use than most shows.

"Streaming content providers should heed the lessons learned from the motion picture industry, which has responded to the surgeon general's conclusion that exposure to smoking on screens causes young people to smoke," the report reads. 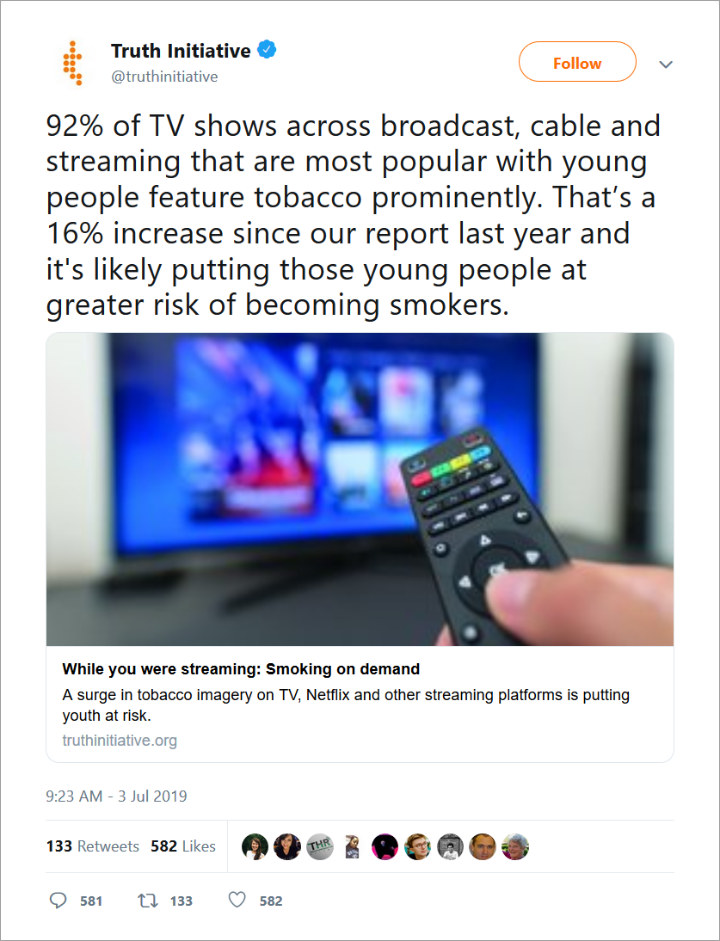 Netflix officials have responded by stating they recognise that smoking is "harmful" and "when portrayed positively on screen can adversely influence young people".

"Going forward, all new projects that we commission with ratings of TV-14 or below for series or PG-13 or below for films, will be smoking and e-cigarette free - except for reasons of historical or factual accuracy," a Netflix statement, released to Variety, reads.

"For new projects with higher ratings, there'll be no smoking or e-cigarettes unless it's essential to the creative vision of the artist or because it's character-defining (historically or culturally important)."

The statement continues: "In addition, starting later this year, smoking information will be included as part of our ratings on the Netflix service so our members can make informed choices about what they watch."