Ahead of her first concert in the City of Light in a decade, the 'Genie in a Bottle' hitmaker makes a surprise appearance at Viktor and Rolf's fashion show after attending the Jean Paul Gaultier show.

AceShowbiz - Christina Aguilera rocked a sweary tulle dress as she attended a fashion show ahead of her first gig in Paris in a decade.

Aguilera was in the city as she performed in the French capital for the first time in more than 10 years, taking to the stage at the AccorHotels Arena on Thursday (July 04). However, she made time for several glamorous appearances at the city's couture shows.

She attended the Jean Paul Gaultier show first, and arrived in dressed in a black and white kimono-style outfit designed by the Frenchman which had the words "Gaultier" hidden throughout, a black corset belt and thigh-high boots, with her hair scraped up into a high bun.

Clearly loving her look, Christina tweeted a photo and captioned it, "I just love being in Paris. See you at my show!" 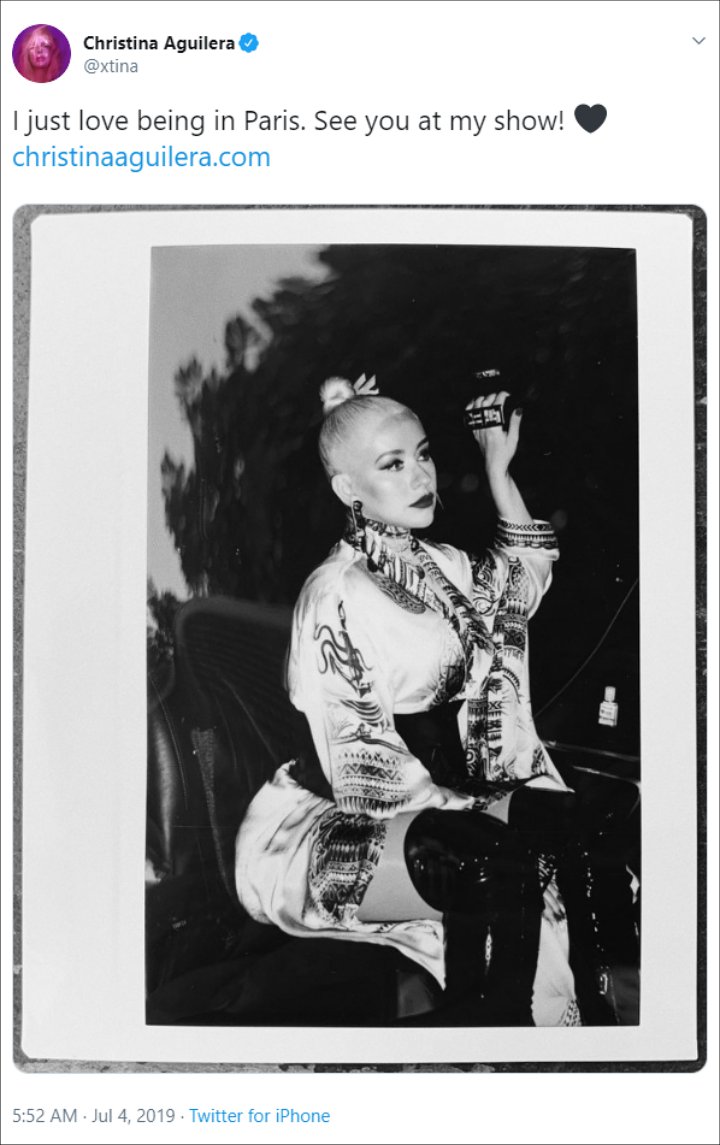 The "Genie in a Bottle" hitmaker also sported knuckle dusters adorned with the word "Gaultier" across two hands.

Aguilera then made a surprise appearance at Viktor & Rolf's show wearing the oversized tulle trenchcoat, and cheekily posed for paparazzi, and took a series of selfies as she was sat on the front row.

Joined by her stylist Karen Clarkson, Aguilera was seated next to American singer Poppy (That Poppy), who is a big fan of the iconic pop star.

Christina Aguilera Flashes Her Boob While Dancing at Her Birthday Party

Christina Aguilera: Music Industry Was a Business With So Many Wolves