Luke Perry's Daughter Could Go to His 'Riverdale' Family for Support

Asked if the cast and crew of The CW series have remained in touch, 19-year-old Sophie tells a fan that they have been 'so supportive and amazing' following her father's sudden passing.

AceShowbiz - Luke Perry's daughter has expressed her profound gratitude for the continued love and support she and her relatives have received from the actor's "Riverdale" family following his shock death.

The "Beverly Hills, 90210" star had portrayed Fred Andrews, the father of KJ Apa's character Archie Andrews, in the first three seasons of the hit show, prior to his passing from a massive stroke in March.

His unexpected loss hit members of the "Riverdale" cast and crew hard, and series creator Roberto Aguirre-Sacasa recently confirmed there will be a special tribute to Perry in the opening episode of its upcoming fourth season.

However, honouring the 52-year-old onscreen isn't the only way they have kept Perry's memory alive - his 19-year-old daughter Sophie reveals she has grown close to many of her dad's TV colleagues in the wake of the actor's death as they mourned his loss together.

"Everybody, cast and crew, has been so supportive and amazing. I love those guys," she told a fan in a post on her Instagram Story timeline on Friday (June 28), after she was asked if they had been in touch.

"I'm closer to some than others, but if I needed anything, I could go to any of them." 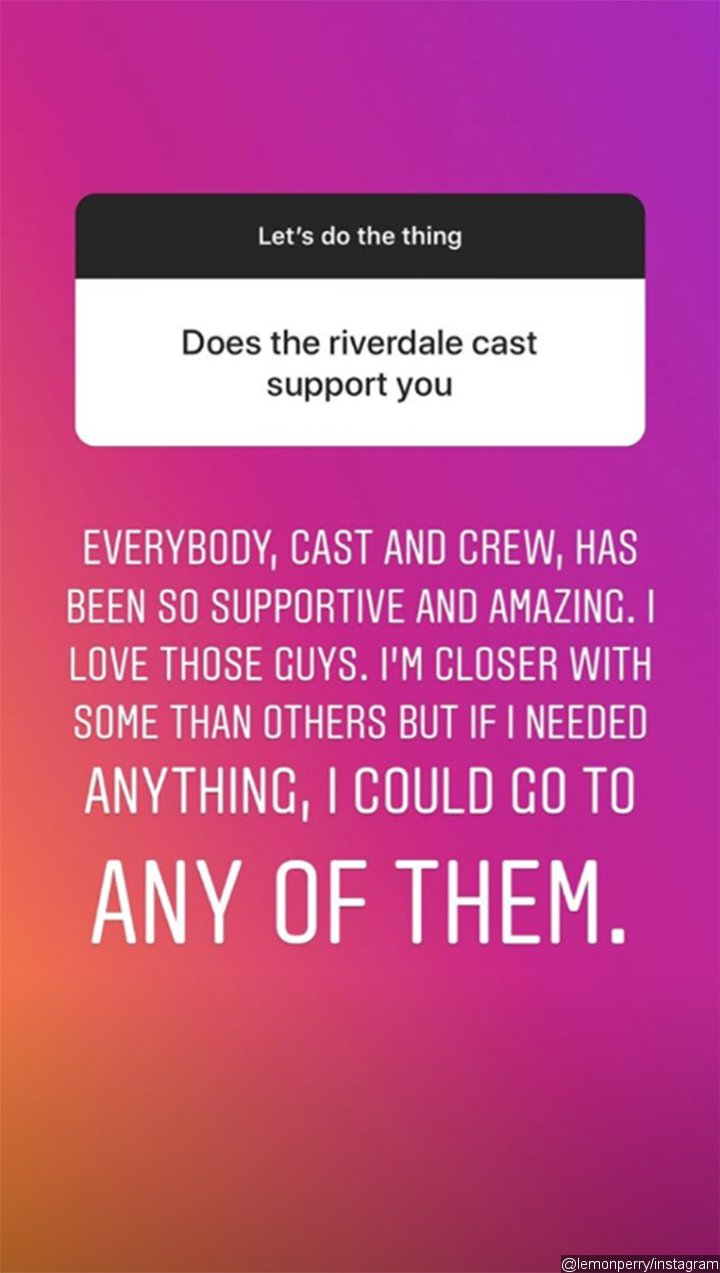 Production on the new season of "Riverdale" is expected to begin this summer, ahead of an October premiere.

Artist of the Week: Lizzo

Luke Perry's Son Scales 'Once Upon a Time in Hollywood' Billboard Ahead of L.A. Premiere

Luke Perry's Daughter Could Go to His 'Riverdale' Family for Support