The former New York Yankees pro takes to Twitter to backtrack his comment about the makeup mogul at the Met Gala, but his followers believe that he's only being sarcastic.

AceShowbiz - Is Alex Rodriguez being genuine or sarcastic? Hours after Kylie Jenner called him out for not telling the truth about their conversation at the Met Gala, the former New York Yankees pro took to Twitter on Tuesday, June 25 to backtrack his comments. However, many of his followers believed he was being sarcastic to the young makeup mogul.

Responding to Kylie who said that they were only talking about "Game of Thrones" at the annual gala dinner, Alex wrote on the micro-blogging site, "OMG that's right [Kylie Jenner]!! It was me talking about you and your makeup line and how much my girls love you." He added the hashtag, "GOT", "Respect" and "All love" in the tweet. 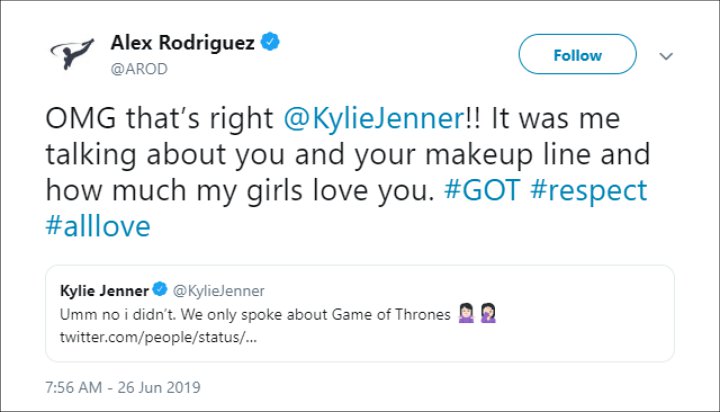 Alex Rodriguez responded to Kylie Jenner after she called him out.
See also...

Reading his post, his online devotees were convinced that Alex gave the "Keeping Up with the Kardashians" star a sarcastic response. "I think he's being sarcastic. But I'm just here for the meme gif of the surprised dog," one said as another asked, "Is he being sarcastic? Lol." Some replied "yes," with one accusing Kylie of lying. There was also an individual who wondered the same thing and asked Kylie to ask the 43-year-old directly, "im confused is he being sarcastic? You need to come at him directly haha."

The drama happened after Sports Illustrated published its interview with Alex, who recalled his experience at this year's Met Gala. "We had a great table," he said, noting that he sat with Kylie, Kendall Jenner, Idris Elba and his wife Sabrina Dhowre. "We had Kylie and Kendall, Kylie was talking about Instagram and her lipstick, and how rich she is."

In response to the claim, the mother of one wrote on Twitter, "Umm no I didn't. We only spoke about Game of Thrones." Throwing shade at Alex, she added shrug and facepalm emojis. 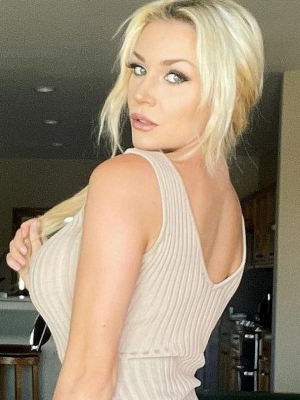