Bella Hadid Vows to Be 'More Responsible' After Being Accused of Insulting Saudi Arabia, UAE

The Victoria's Secret model faces backlash after she posts on Instagram Stories a photo of her appearing to kick planes that have the UAE and Saudi Arabia flags on them.

AceShowbiz - Bella Hadid recently went viral on social media after people believed that she was insulting Saudi Arabia and the United Arab Emirates with her recent Instagram Story. In her post on the social media site, the Victoria's Secret model was showing off her new footwear in an airport.

The photo seemed normal at first, until fans noticed that the heel of her boot was resting on a window, making it look like she was kicking planes in the background. The problem is, the planes had the UAE and Saudi Arabia flags on them. This prompted people to assume that Bella was disrespecting the countries, spurring the hashtag #BellaHadidIsRacist on social media. People also called for brands that work with her to stop using her in their campaigns.

Bella quickly deleted the post and issued an apology afterward, assuring people that it was just a big misunderstanding and that she was not sending a political or prejudice message. "To begin, I would never want my posts or platform to be used for hate against anyone, especially those of my own beautiful & powerful heritage," she said, referring to her Palestinian background. "I love and care so much about the Muslim and Arab side of my family as well as my brothers and sisters throughout the world." 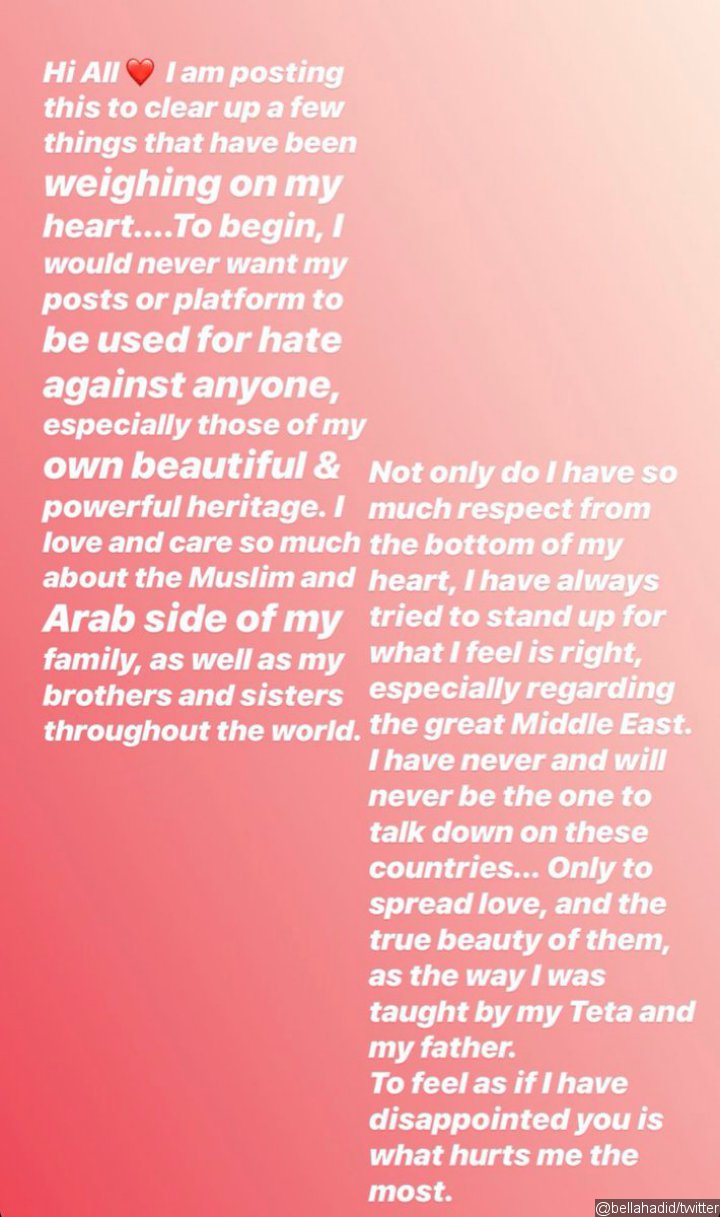 "Not only do I have so much respect from the bottom of my heart, I have always tried to stand up for what I feel is right, especially regarding the great Middle East. I have never and will never be the one to talk down on these countries," she continued. "Only to spread love, and the true beauty of them, as the way I was taught by my Teta and father. To feel as if I have disappointed you is what hurts me the most." 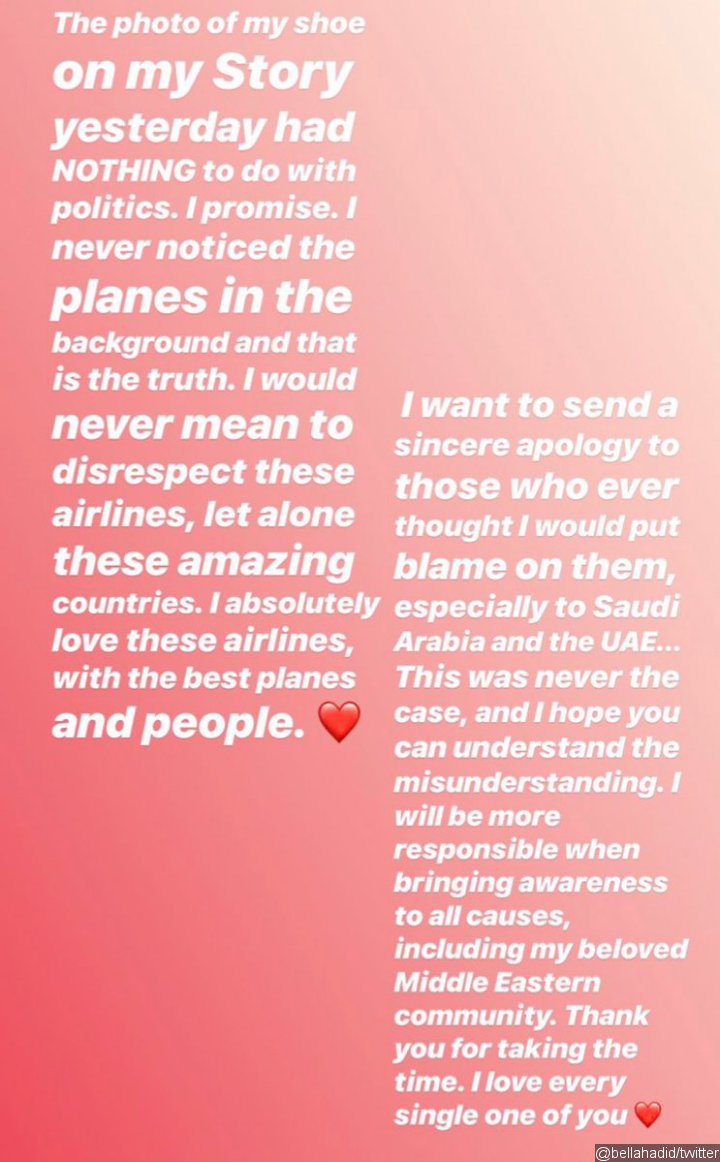 Bella Hadid vowed to be more responsible in the future.

Insisting that the photo had "NOTHING to do with politics," the sister of Gigi Hadid concluded by vowing to be "more responsible when bringing awareness to all causes, including [her] beloved Middle Eastern community." She added, "Thank you for taking the time. I love every single one of you."

Cast of 'Big Brother' Season 21 Has Been Revealed!