The 'Monte Carlo' actress wows in a glamorous number with a thigh-high slit as she jokes around with the actor/comedian when attending the premiere of their new movie 'The Dead Don't Die'.

AceShowbiz - Selena Gomez stole the spotlight on the opening night of the 72nd Cannes Film Festival. The 26-year-old singer/actress arrived at the Palais des Festivals on Tuesday, May 14 to attend the premiere of her upcoming movie "The Dead Don't Die", which kicked off the annual festival this year.

The "Wolves" singer stunned in a white satin Louis Vuitton two-piece, consisting of sleeveless bralette and matching maxi skirt with a thigh-high slit, completed with a belt that perfectly cinched her waist. She accessorized with Bulgari jewels, including a stunning diamond choker necklace, and completed her look with a pair of metallic silver ankle-strap sandals. 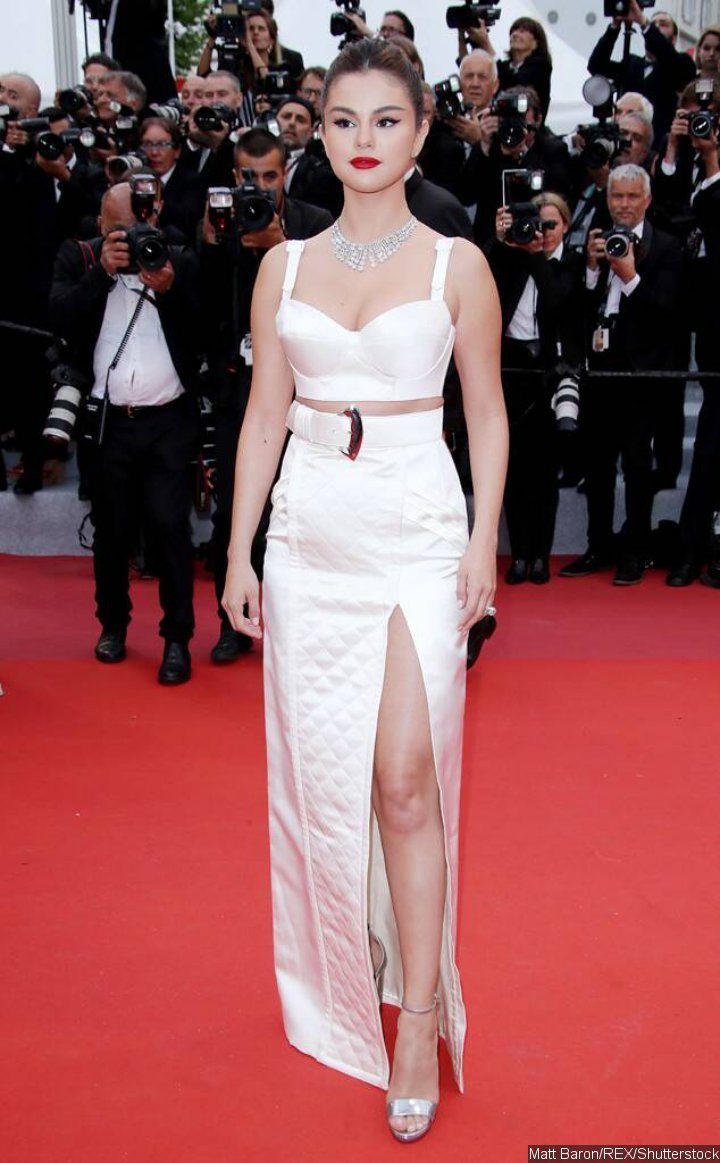 Her raven locks were pulled into a simple updo as she struck elegant poses on the red carpet. The former Disney Channel star appeared to be in good spirits that evening, joking around with her co-star and the movie's lead Bill Murray. 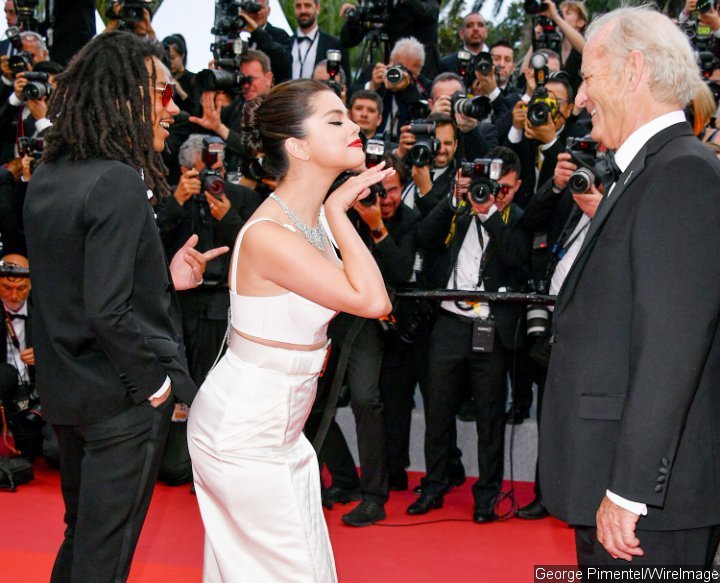 Selena Gomez and Bill Murray joke around on the red carpet.

At one point, the veteran actor/comedian was seen kissing the actress a kiss on the cheek and whispering something in Selena's ear that made the young star laugh. Bill also smiled at Selena who showed a funny pose at him, while another star Luka Sabbat stood next to her in front of photographers.

The event was also attended by other cast members, including Adam Driver, Chloe Sevigny and Tilda Swinton, as well as director Jim Jarmusch. The movie centers on two cops (Bill and Adam) on patrol, who are leading a battle against a zombie horde as the dead start rising from their graves and disrupts peace in a small town of Centerville. The horror comedy film is scheduled to open in U.S. theaters on June 14. 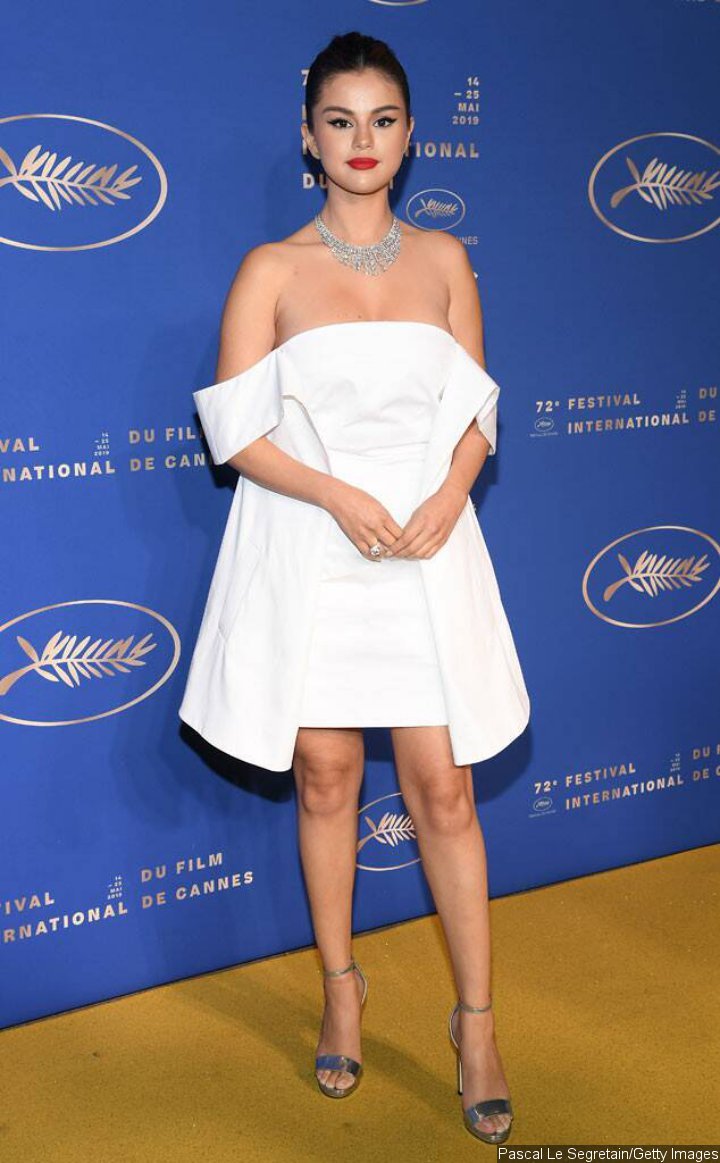 Later at the festival's Gala Dinner, Selena continued to put on a leggy display in a strapless white Louis Vuitton mini dress with the same accessories and sandals. The low neckline gave a perfect amount of display of her cleavage.

Milla Jovovich Fights for Abortion Rights After Going Through One Herself