The Lashed Bar owner continues proving that she and the TV personality are back on good terms by taking to Instagram Stories to wish him a happy birthday.

AceShowbiz - Blac Chyna and Rob Kardashian continue to mend their relationship after ending their longtime feud. When the "Keeping Up with the Kardashians" star celebrated his 32nd birthday over the weekend, the Lashed Bar owner didn't forget to wish him a happy birthday.

Taking to Instagram Stories on Sunday, March 17, Chyna simply wrote over a black background, "Happy birthday Rob." The video vixen added a shamrock emoji and a smiling face with three hearts emoji along with the post. 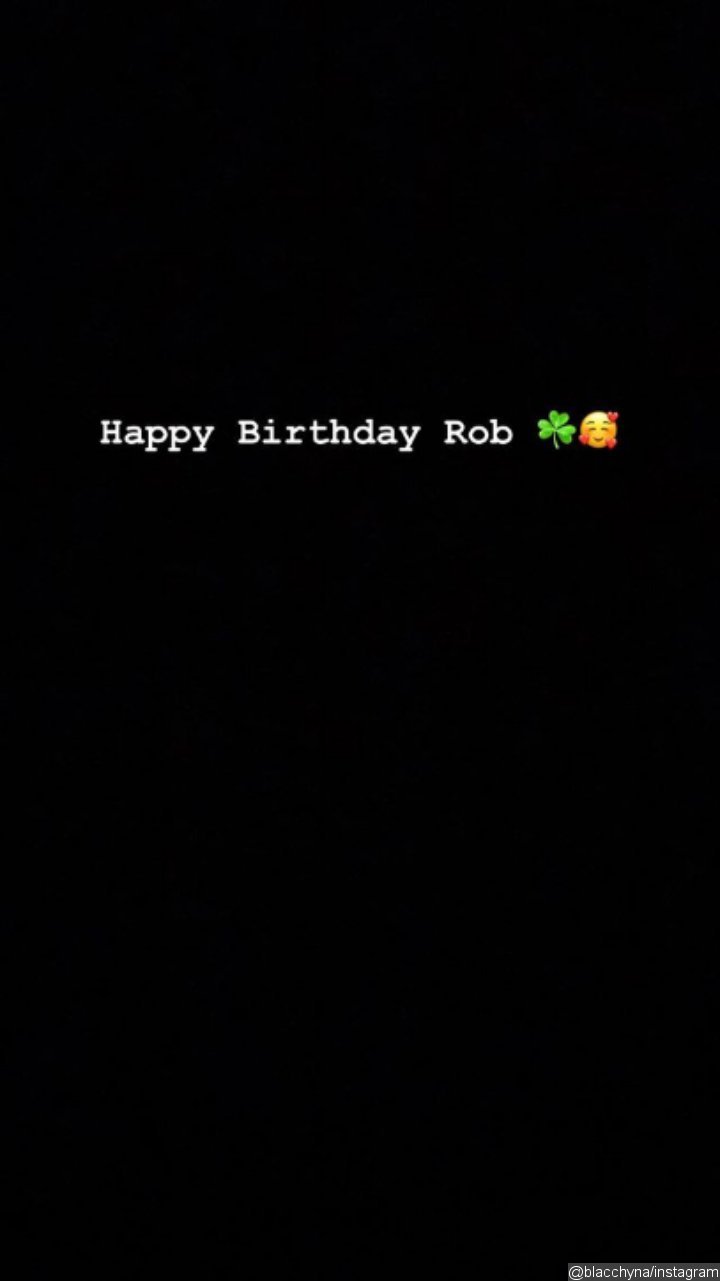 Rob himself celebrated his birthday along with their daughter Dream. In some footage shared by Khloe Kardashian on Instagram Stories, the mother of one said that the little girl "wanted to throw her daddy a special birthday party before she goes to see her mommy. Her Daddy's birthday is on Sunday (St. Patty's Day) but she got her cousins together to celebrate."

One of the snap taken during the celebration featured Dream sitting next to her father's birthday cake, which read, "Happy Birthday Daddy." Honoring the festivities, she wore a green shirt featuring Minnie Mouse paired with gray-and-green shamrock leggings and a pair of golden shoes. Rob, however, wasn't featured in any photos.

Rob and Chyna welcomed Dream in November 2016, just months after announcing their engagement. Their relationship went south after their breakup in February 2017, with both filing separate lawsuits. Nevertheless, the two have co-parented their daughter since agreeing to joint custody in September 2017.

The exes were reportedly still feuding after that though, but they shut down the rumors in late last month. "Angela [Chyna's real name] and I are both actively co-parenting and there are no pending or active custody cases," he said on Twitter, to which his former "Rob & Chyna" co-star replied, "Robert and I [sic] only concern is what's in the best interest of our daughter that we both equally love. Additionally, Robert is a wonderful father to our Dreamy!"

'The Voice' Final Blind Auditions Recap: The Night Kicks Off With a Four-Chair Turn

Blac Chyna Slides Into Rapper's DMs and Gets Curved