In the document she files in California federal court, Nicki claims that the veteran singer doesn't own the 'copyright in issue and therefore lacks standing to bring the claims alleged in the Complaint.'

AceShowbiz - Nicki Minaj isn't going down without a fight after Tracy Chapman sued her for copyright infringement over a leaked song titled "Sorry". In a document filed in California federal court last week, the self-proclaimed black Barbie demanded that the lawsuit be dismissed because she believed she did nothing wrong.

In the document, Nicki said her song is protected by the fair use of doctrine, adding that Tracy "has not properly registered her claim to the copyright in the Composition ['Baby Can I Hold You']." Thus, she claims that Tracy doesn't own the "copyright in issue and therefore lacks standing to bring the claims alleged in the Complaint" and is not entitled to damages.

However, Nicki doesn't deny that she did record the song before getting permission but left the track off her album because she didn't get permission from the veteran musician. Her team had made several requests to use the song, but Tracy turned it down. Because of this, Nicki even polled fans on Twitter as to whether or not she should postpone the album until she received her permission. The song eventually didn't make the cut on "Queen", but it was later leaked by DJ Funkmaster Flex.

Tracy has yet to respond to Nicki's denial.

Tracy sued the "Anaconda" hitmaker in August 2018, claiming in her suit that the femcee's unreleased track "Sorry", which interpolates her 1988 cut "Baby Can I Hold You", uses her material without permission. She accused Nicki of purposely leaking the song to Funkmaster and seeking an injunction barring Nicki from using the song again. She is also seeking unspecified damages.

Released in October 1988, "Baby Can I Hold You" has been covered by several artists over the year, such as Neil Diamond, Reggae artist Sanchez and Irish boyband Boyzone. Tracy also re-recorded it with opera singer Luciano Pavarotti in 2000.

Offset Blames Blogs' Reports for Heightening 'Insecurities' Inside His Home

Nicki Minaj's Husband Gets His Internet Use Restrictions Lifted 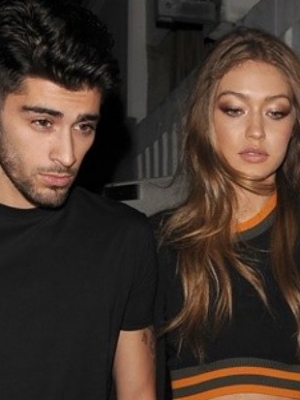 Justin Bieber Calls Off 2020 Tour Due to Coronavirus