Does Anwar Hadid Want Kendall Jenner to 'Tattoo' His Neck With Her Kiss? See Post

The brother of Gigi and Bella Hadid appears to be sending message to his alleged girlfriend through his recent social media post.

AceShowbiz - Rumors of Anwar Hadid and Kendall Jenner dating have been going for a while now, but neither of them has ever commented on it. The former recently expressed his needs of a woman's touch through social media, so it's only natural for people to suspect that the post was directed to his alleged girlfriend.

The said post, which he shared on Instagram Stories on November 1, found him showing off the new tattoo that he got underneath his "1999" ink. He apparently isn't done getting new tattoos on his back because he wrote on the pic, "YAYAYAY, also i need a girl to kiss my neck with red lipstick so i can tattooo it on me." So, is this his way to ask Kendall for a kiss on neck? 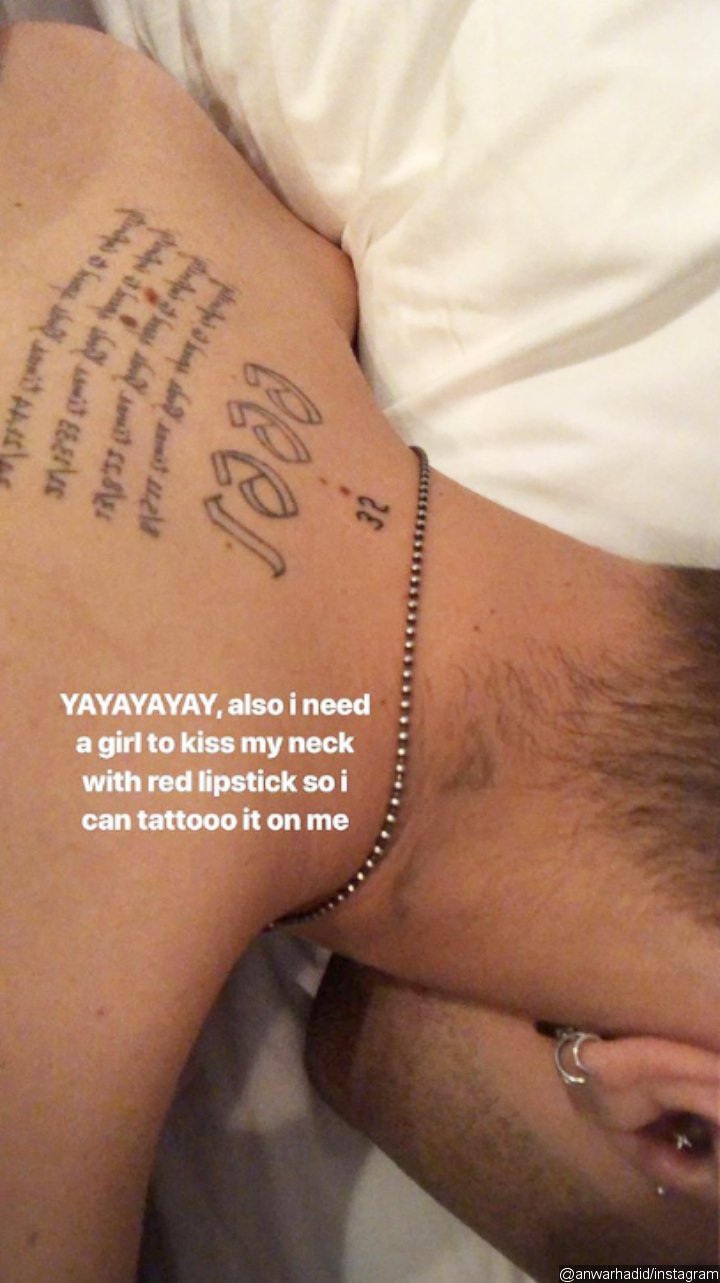 Then again, he could have just meant it as a joke. But considering that the two might have planted some hickeys on each other's neck before, there's a possibility he was asking for Kendall in particular.

The post arrived after he attended Kendall's Halloween party in her home in Los Angeles. The "Keeping Up with the Kardashians" star only invited some of her closest pals to the soiree, so it actually came as no surprise that he was invited. Also attending the event were Kim Kardashian, Kylie Jenner, Kourtney Kardashian and Jaden Smith among others.

Kim dressed as Pamela Anderson at the 1999 MTV Video Music Awards for the event, pairing up with her best friend Jonathan Cheban who cosplayed Tommy Lee. Kylie wore a Fanta girl costume at the bash, while Kourt dressed up as one of the twins from "Austin Powers: Goldmember".

Noticeably absent from the soiree were Khloe Kardashian and Bella Hadid. The former couldn't attend because she was in Cleveland with her boyfriend Tristan Thompson and their daughter True. As for Bella, she joined her beau The Weeknd to Heidi Klum's annual Halloween party.

DaBaby and DaniLeigh Celebrate Daughter's 1st Birthday Together Despite Split

The Wrecking Crew's Bill Pitman Passed Away After Fracturing His Spine

Ashley Judd Found Mother Naomi Alive After She Shot Herself