The actress portrayed a virgin princess in 'Enchanted' and a nun in 2008 period drama 'Doubt'.

AceShowbiz - Actress Amy Adams made a conscious decision to sign on for chaste movies roles to make herself less of a target for sexual harassment.

The American Hustle star reveals she wanted to play down her sexuality earlier on in her career to avoid uncomfortable exchanges with male admirers.

"I think most women have experienced (sexual harassment), even if it's just feeling unsafe rejecting somebody. And apologising, 'Oh, I'm so sorry, I must have been sending you the wrong signal,' when, really, it's like, 'No, I think I said I don't want to go out with you, I don't know how that's the wrong signal. I think we should just be friends and I'm not sure why you're at my doorstep.' It's that unsafe feeling," she told The Hollywood Reporter.

"I can't say all, but most women have had that moment and you question yourself. 'Did I smile? Was I not direct enough?'".

Amy decided to use her acting gigs to her personal advantage, and went on to portray a virgin princess in 2007 fantasy film Enchanted, and won acclaim for playing a nun in 2008 period drama Doubt.

"There's a reason (why) I started playing nuns and virgins," she laughed. "I was like, 'I'm not putting up with that anymore'".

Amy, who married her longtime partner Darren Le Gallo in 2015, also shared how she wielded her power as a producer on the set of her new TV series adaptation Sharp Objects, after she was man-handled by a crewmember who mistook the star for her "fantastic" stand-in, a woman named Reb.

"I've never experienced this before but, because we looked so much alike, at one point somebody grabbed me really hard and pulled me," she recalled. "I went, 'What's going on?' And they're like, (gasping), 'You're not Reb!' I went into producer (mode) and I was like, 'You will not handle her like that'".

Amy Adams Loves to Cook Because of 'Julie and Julia'

Amy Adams Apologizes to Christina Applegate for Calling Her '300 Times' 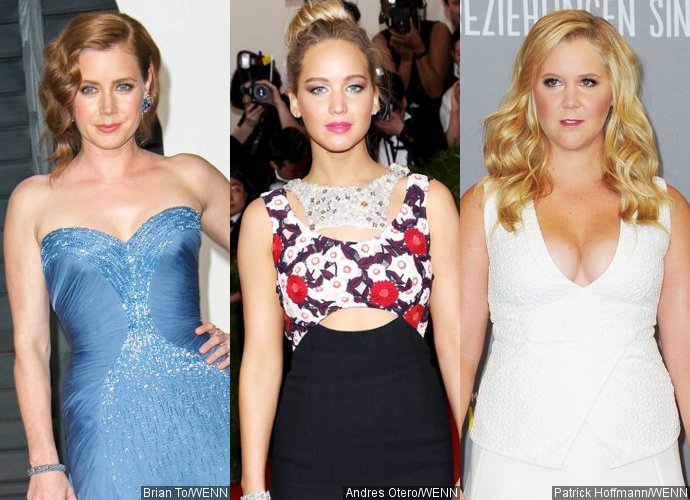