Spielberg gets a standing ovation at the end of the movie screening, which restarts three times because the sound goes out during a climatic scene.

AceShowbiz - Steven Spielberg's "Ready Player One" premiere at SXSW Film Festival was hit with technical difficulties. During its world premiere on Sunday night, March 11, the sound went out about 100 minutes into the film, drawing loud boos from audience at the Paramount Theater in Austin.

The movie was paused during a climatic scene and the projectionist restarted the movie, but the sound system failed again. The movie had to be restarted again and after a third attempt, the crowd could finally enjoy the movie without technical issues until the end.

After the screening was over, Spielberg appeared before the crowd who gave him a standing ovation. The filmmaker asked the audience not to reveal any spoilers beforehand. "This is not a film we made," he said. "This is a movie."

As people initially doubted that Ernest Cline's novel about future gamers could be brought into the big screen, Spielberg admitted after the movie premiere, "This is perhaps the greatest anxiety attack I've ever had."

Following the SXSW premiere, "Ready Player One" has got surprisingly positive reviews despite a wave of cynicism on social media prior to the release. "This is Spielberg's biggest crowdpleaser in years, a CGI ride that wields the technology with an eye for payoff," IndieWire's Eric Kohn raved.

He added, "It's also his most stylized movie since 'A.I.: Artificial Intelligence', though a lot more fun, with a cavalcade of visuals leaving the impression that he watched a bunch of Luc Besson movies and decided he could outdo them all. The result is an astonishing sci-fi spectacle and a relentless nostalgia trip at once."

The Hollywood Reporter's John DeFore wrote, "Gamers are far from the only ones who will respond to this virtual-world-set picture, which strikes an ideal balance between live action and CGI." Tasha Robinson from The Verge agreed, saying, "It's just a sleek piece of visual energy, one breathless element among dozens of others. It's not a citation or a list. It's an effortless, integrated piece of the action."

Texas filmmaker Robert Rodriguez also praised the movie on Twitter. "#ReadyPlayerOne is classic Spielberg fun! What a blast, can't wait to see it again. Rewards repeat viewings. Tons of great references, visuals and heart. So kick ass it blew the speakers!" he wrote.

#ReadyPlayerOne is classic Spielberg fun! What a blast, can't wait to see it again. Rewards repeat viewings. Tons of great references, visuals and heart. So kick ass it blew the speakers!

Not everyone was amused by the nostalgic appeal, though. "Nostalgia drips on every corner of this movie to varying success," /Film's Joi Childs wrote. "The intentions are well meaning, but the script is just basic enough to cause these references to often feel like a shallow plucking on nostalgic heart strings."

Dan Caffrey from Consequence of Sound similarly argued, "The problem is that Cline and co-screenwriter Zak Penn never establish a significant enough sense of reality to explore the moral complexities of virtual reality."

But the screening was enough to give the movie a strong boost on social media. As reported by Deadline, according to RelishMix the movie's hashtags have surged to an impressive 19,3K from 250 to 2,5K per day prior to the screening. 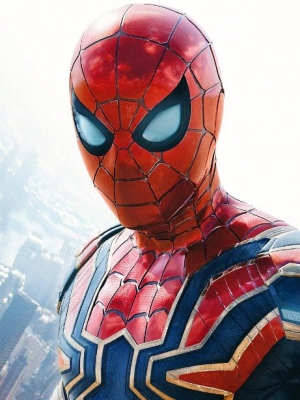