The visuals features the pop star dancing to her heart's content after discovering a magical note that makes her invisible.

AceShowbiz - Taylor Swift is keeping her promise. The 28-year-old songstress debuted the music video for "Delicate" at the iHeartRadio Music Awards on Sunday, March 11. The visuals for the track was filmed over two nights in downtown Los Angeles.

The video kicks off with Taylor doing interviews on a red carpet and taking selfies with fans at a hotel while being flanked by bodyguards. She later discovers a magical note that suddenly makes her invisible. After realizing that no one can see her, she throws off her shoes and dances to her heart's content in the hotel.

Later on, she heads to a subway and continues to dance on a rainy street. She even does the splits on a car, clearly looking like she has the best time of her life. The end of the clip sees the singer entering a bar where everyone can finally see her. She doesn't seem to mind the strange look that people give her as she meets up with the person whom she looks for.

Ahead of the release of the visuals, director Joseph Khan gave clues about the theme behind the clip, saying that the music video is grand. "I can't get into too much detail. The need is love and the expression of it," he explained. "And it's not about flowers. People have been sending me ideas, and generally it's like flower or pink dress or blue skies... I think I have a plan here to address that, but it's completely unexpected."

"Delicate" is the fourth song off "Reputation". It follows "Look What You Made Me Do", "...Ready for It?" and "End Game" featuring Ed Sheeran and Future. In support of her latest album, Taylor is set to embark on a world tour, which will kick off on May 8. Camila Cabello and Charli XCX are tapped to be the opening acts. 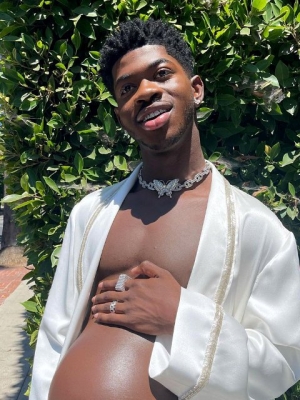