The Duke and Duchess of Cambridge seemed to be very in love with each other while watching Roger Federer's match against Croatian player Marin Cilic.

AceShowbiz - Kate Middleton and Prince William looked like they're the happiest couple on earth. The Duchess of Cambridge showed a rare PDA with her husband while watching %cRoger Federer%'s Wimbledon match against Croatian player Marin Cilic.

Kate was donning a white dress which featured floral prints on it. She completed her look with a ribbon which she attached on her dress, a diamond ring and a watch. William, meanwhile, looked dapper in a gray suit which he paired with a tie, black pants and sunglasses. 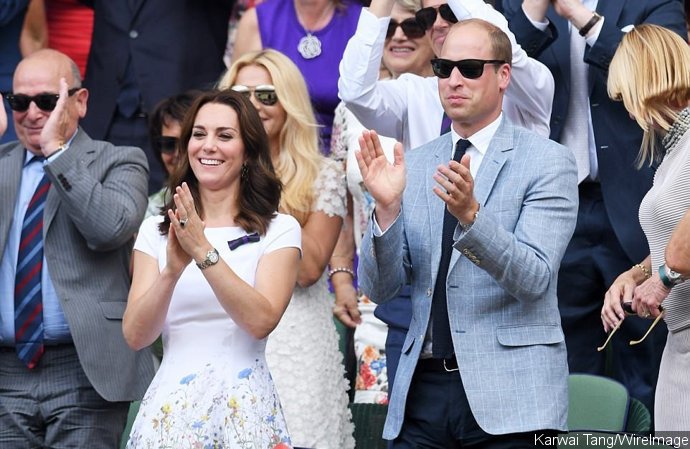 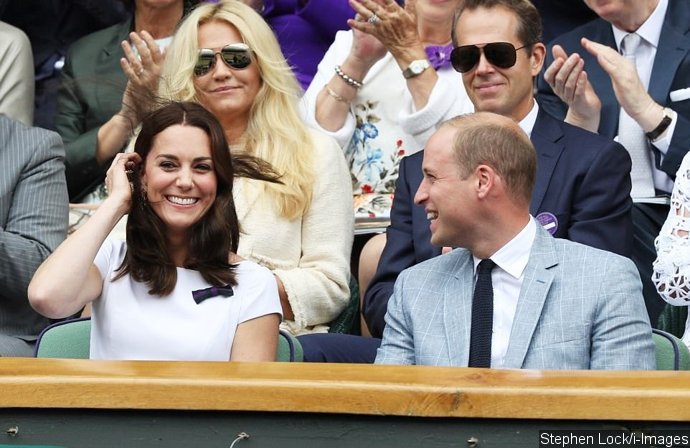 The couple was sitting side-by-side throughout the match. Kate could be seen wiping something off William's chin with so much care. Both of them were all smiles as they watched Roger beating out his opponent. At one point, Kate was looking at something William was pointing at while smiling brightly. 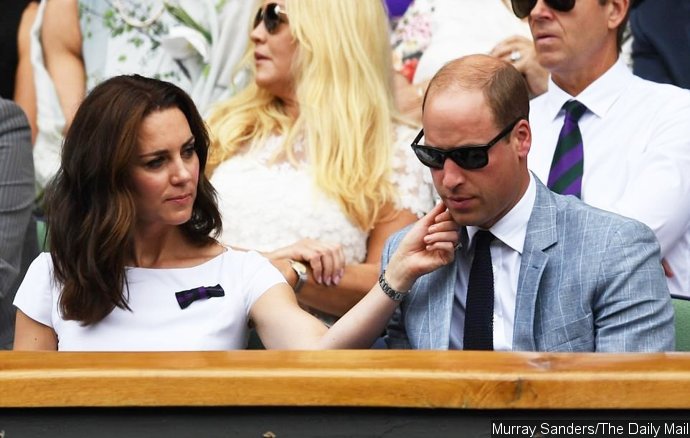 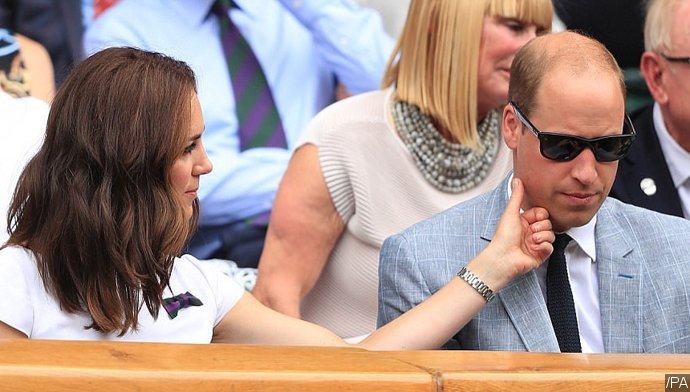 Kate and William appeared to have repaired their bond after the father-of-two was caught partying and cozying up to model %cSophie Taylor% during his ski trip to Switzerland in March. Following the embarrassing scandal, the two reportedly spent the weekend separately. After that, Kate and William seemingly distanced themselves from each other during events they attended together, including Pippa Middleton's wedding.

However, it was later reported that Kate was pregnant with their third child. "William and Kate can't wait to tell Charlotte and George that they're going to have a brother or sister," an insider revealed. "They think Charlotte is too young to fully understand, but at nearly four years-old, Prince George will be excited about the news."

Kelly Brook Is Under Fire for Allegedly Photoshopping Her Photo

Kate Middleton Reveals Prince William Is Against Having Fourth Child