Grant's moves allude to one of the most memorable scenes in the original 'Love Actually', during which Grant's Prime Minister David dances to Pointer Sisters' song.

AceShowbiz - Along with the scene with the cue cards, %cHugh Grant%'s dancing moves in 2003's "Love Actually" is one of the most memorable scenes from the movie. The British actor once again showed his moves in "Love Actually" short film "Red Nose Day Actually", which aired on Friday, March 24 in the U.K.

Portraying British Prime Minister, Grant danced to %cDrake%'s "Hotline Bling" in the short film. The scene alluded to Grant's dance sequence in the original movie, during which he shook his body to %cPointer Sisters%' "Jump (For My Love)". Excited to see Grant's moves, Twitter users captured the scene and tweeted it for the world to see.

What about Hugh Grant shaking his booty to Hotline Bling on #rednosedayactually? We loved it 😍🔴❤️ pic.twitter.com/39KVlAeumV

Later in the short film, Grant's Prime Minister David delivered a speech at a press conference, alluding to the scene where he made a speech before Parliament members in the original movie. "And it's not just in politics that things are tough," said Grant's Prime Minister in the short film. "%cUsain Bolt% has run his last Olympics, the 'Harry Potter' films are finished, %cPiers Morgan% is still alive," he joked.

He later added, "But let's look at the other side of the coin. %cMetallica%'s new album is absolutely cracking. And on a deeper level, I'm optimistic. Wherever you see tragedy, you see bravery too."

Hugh Grant is literally what's it's like when your naked and feeling free after the shower 😂 #comicrelief #loveactually pic.twitter.com/8825xYKCvW

"Red Nose Day Actually" is set to air on Saturday, March 25 in the U.S on NBC. 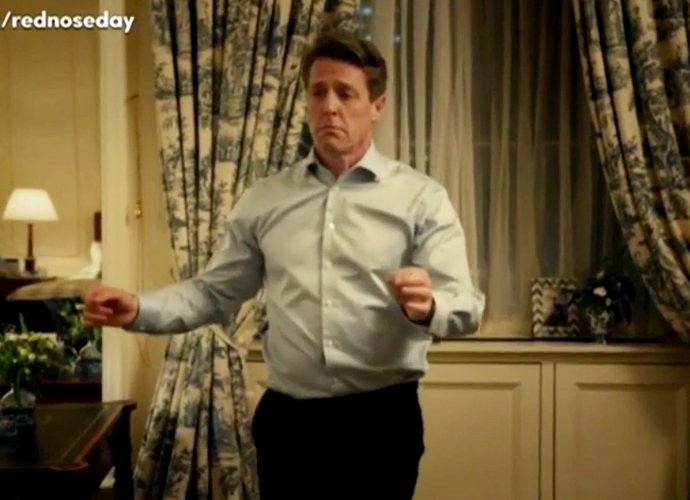 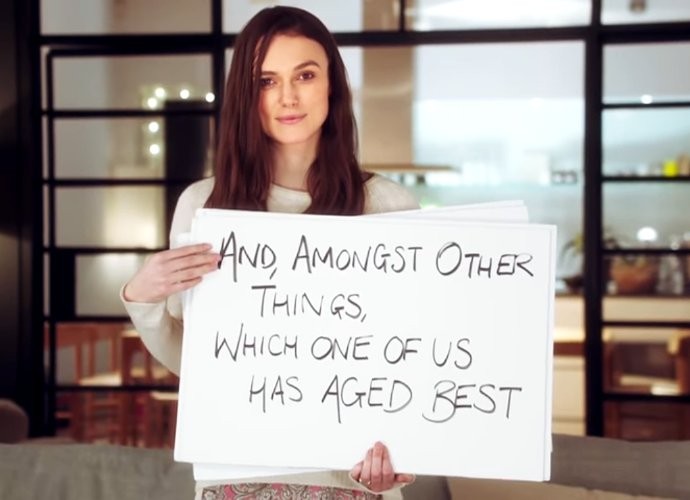 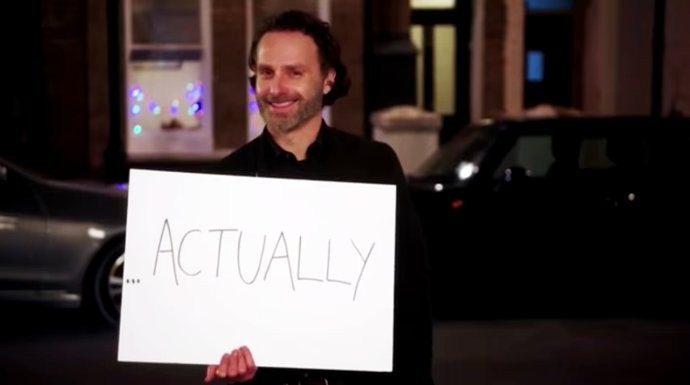