The 3-year-old daughter of Kim as well as Kourtney's second child are seen gently touching their cousin's head in the new Instagram image.

AceShowbiz - Though she can't always be with her parents, who have separated, at the same time, Dream could consider herself lucky to have a lot of people around her who love her. Besides her grandmother Kris Jenner and aunt Kim Kardashian, her cousins North West and Penelope Disick have also shown their affection to the three-month-old girl.

Proud father Rob Kardashian just took to his Instagram account to share the first picture of his daughter with her older cousins. In the cute image, the daughters of his sister Kim and Kourtney Kardashian are gently touching the forehead of baby Dream, who is put in a baby stroller. "Cousin love," he simply captioned it.

The 29-year-old sock designer, who reportedly split from his baby mama Blac Chyna, also shared a similar picture of Dream in the stroller. "I took my baby girl for a nice hike today ... I LOVE THIS WOMAN :) I will never tell her no lol ... and look at them eyes," he gushed over his little girl.

Rob previously shared a video of 2-year-old Reign, Kourtney's third child with Scott Disick, kissing Dream. "Dream's big cousin Reign is the sweetest," he wrote in the caption, adding, "children are the greatest !!"

Dream's big cousin Reign is the sweetest 💙💙🙏🏽🙏🏽🙌🙌 children are the greatest ‼️

See Cults, Blood and Guts in 'The Void' Full Trailer 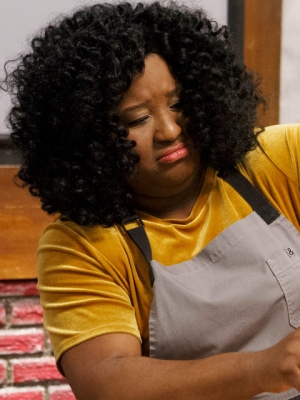 Keyshia Cole's Sister Not Happy Over Her Reunion With O.T. Genasis During Ashanti 'Verzuz' Battle

6ix9ine Cleared of Armed Robbery Allegation, But Caught in Altercation