AceShowbiz - It's a huge loss for the music industry as %cLeonard Cohen% has passed away. The Canadian singer/songwriter's label Sony Music Canada announced the sad news in a statement issued on Thursday, November 10. He was 82.

"It is with profound sorrow we report that legendary poet, songwriter and artist, Leonard Cohen has passed away. We have lost one of music's most revered and prolific visionaries," read the statement posted on Facebook.

"A memorial will take place in Los Angeles at a later date. The family requests privacy during their time of grief," the statement added. The cause of death has yet to be revealed.

Born in Montreal and raised in the Westmount neighborhood, Cohen began his nearly-six-decade career in music in the '60s. He is perhaps best known for his 1984 song "Hallelujah" which has been covered by a bunch of artists like %cBono% and %cWillie Nelson%. Other songs he's famous for included "Suzanne", "Bird on the Wire" and "Tower of Song".

Cohen was inducted into the Rock and Roll Hall of Fame in 2008. Two years later, he was honored with the Lifetime Achievement Award at the 2010 Grammys.

After news of the singer's passing broke, the Recording Academy expressed their sadness in a statement. The statement read, "We are deeply saddened to learn of the passing of Grammy Award winner and 2010 Recording Academy Lifetime Achievement Award recipient Leonard Cohen. During an influential career that spanned more than five decades, Leonard became one of the most revered pop poets and a musical touchstone for many songwriters."

It continued, "His extraordinary talent had a profound impact on countless singers and songwriters, as well as the wider culture. We have lost a cherished artist and our sincerest condolences go out to Leonard's family, friends, and collaborators. He will be missed terribly."

RIP Leonard Cohen. One of the greatest, deepest and wisest to ever bless us with his songs. pic.twitter.com/zroVhSQjVk

R.I.P Leonard Cohen. U are without a doubt one of the greatest songs writers of any generation. THANK YOU for your life. #RIPLeonard

%cJennifer Hudson% shared on the micro-blogging site a video of her covering Cohen's "Hallelujah" and captioned it, "RIP Leonard Cohen. Thank you for you dedication to music, & writing one of my favorite songs to sing 'Hallelujah'."

RIP Leonard Cohen. Thank you for you dedication to music, & writing one of my favorite songs to sing "Hallelujah". https://t.co/JsTjNmmarC

RIP Leonard Cohen. Ugh. It feels pointed, this death. It's making us remember songs like Come Healing which is a good one for these days

So we lost Prince. Bowie. Leonard Cohen and elected Trump... I'm just saying it's been a pretty big let down 2016...

RIP Leonard Cohen. Thank you for your enormous talent. #heartbroken

Jessica Chastain to Star in and Produce Adaptation of 'Painkiller Jane' 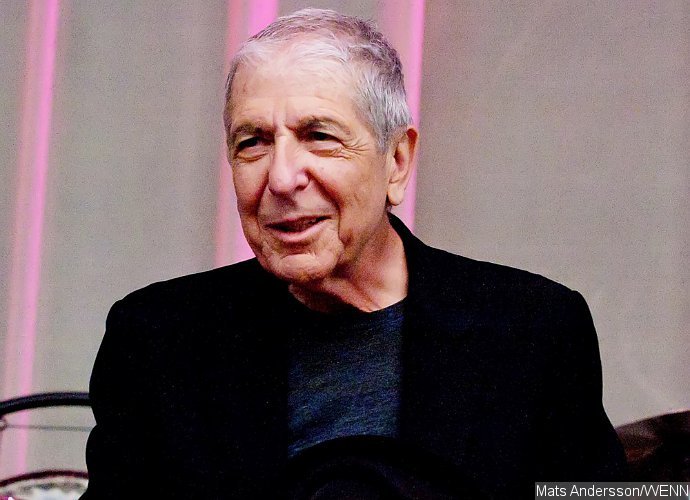