The Spock of 'Star Trek' movies is dressed from head to toe as the hip-hop artist for a rendition of Elliott's 2011 hit 'Get Ur Freak On'.

AceShowbiz - Here's a new sneak peek at an upcoming "Lip Sync Battle" special that will pit %cZachary Quinto% against his "Star Trek Beyond" co-star %cZoe Saldana%. The latest promo video highlights Quinto's performance as he delivers a killer rendition of %cMissy Elliott%'s 2011 hit "Get Ur Freak On".

Channeling the hip-hop artist, he sports a wig, a bedazzled jean vest, a pair of large hoop earrings, red lipstick and chains. Joined by backup dancers who don black ensemble, he wows host %cLL Cool J% as well as his opponent Saldana who watch on the side of the stage.

Saldana, who rocks a silver outfit, will apparently enlist the help of %cTLC%'s %cTionne Watkins% (T-Boz) and %cRozonda Thomas% (Chilli) for her performance.

Quinto admitted that he was a bit nervous prior to taping his performance. "I feel a little bit daunted," he confessed. "It's unlike anything I've done, which is why I wanted to do it, but I feel like I'm going to bring it."

The one-hour special will air Thursday, June 9 at 8 P.M. ET on Spike TV. 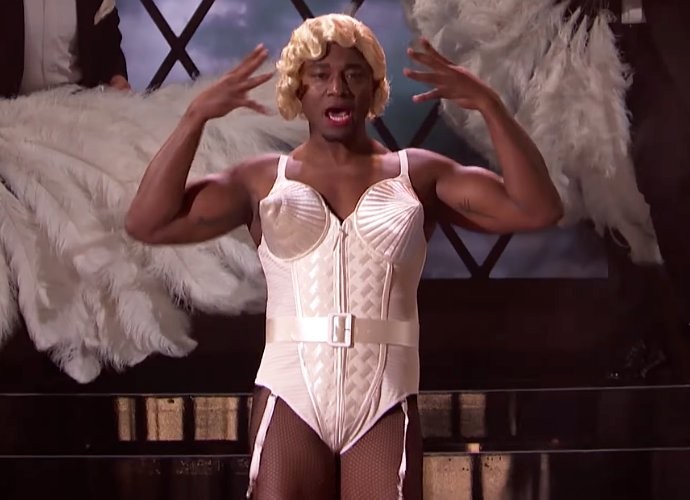