Patti LaBelle Kicks Stripping Fan Out of Her Concert: I'm Not Nicki Minaj or That Little Miley

Patti LaBelle takes a jab at Nicki Minaj and Miley Cyrus when she scolded a fan who started to strip while dancing on stage.

AceShowbiz - Don't take your clothes off at Patti LaBelle's concert! The singer stopped a fan from stripping on stage Saturday night, September 19 in Vancouver. "Hold on. Hold up," she told her backing band to pause when the fan unbuttoned his shirt and started to dance.

"Don't your dare. Not on my stage. No, thank you. Let me say something," LaBelle admonished him. She dismissed an approaching bodyguard with "I'm good. I got this," before lecturing the fan further, "I am 71 years young. I am not Nicki Minaj or that little Miley."

The fan complied and buttoned up his shirt, but the singer became enraged when the fan playfully turned his back in a Nicki Minaj pose. She pushed into him and said, "Oh, no! Get off of my god darn stage, b*tch! And stay off! Put him out of the building! Put him out. How dare you."

After the fan was escorted out, LaBelle continued, "I'm sorry I didn't let my security do what he had to do earlier. I believe in giving second and third and fourth chances, because I always say we know not what we do. Just so rude. A rude American, or whatever he is. Don't ever come in my face again."

She went on, "I need somebody bring some peace up in here. You know the devil was busy. The devil was here about 20 minutes ago. I saw it. I tried to block it. I'm so sorry you heard me say a bad word. I'm a Gemini, and things come out of my mouth sometimes."

It's not the first time Patti LaBelle lost her cool on stage. According to Gawker, she also went off on a fan who was dancing a little too close during a 2007 show in Kansas City. 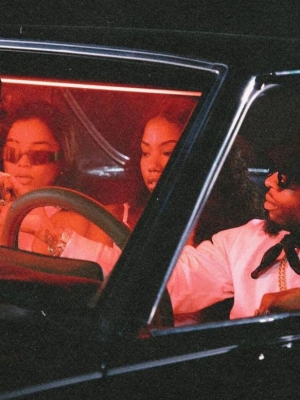