Colin Farrel Looks for Love in 'The Lobster' First Trailer

Farrell's character must find a perfect mate in 45 days or he will be turned into an animal of his choosing and released into forest.

AceShowbiz - The first trailer for sci-fi romance "The Lobster" has arrived online. Starring %cColin Farrell%, the movie features a unique story about love, in which being single is considered a crime.

Farrell's character finds himself in trouble when he knows that being alone can transform him into an animal. Every one who is single is given 45 days to find a mate and if they fail, they will be turned into an animal of their choosing.

The trailer opens with someone asking Farrell's character about his past relationship including child he has and his sexual interest. Accompanied by his brother, who has already been turned into a dog, he comes to a place where he should find a lover. For fans who are curious about the title, Lobster is the animal Farrell chooses to be transformed into when he can't find a partner.

According to the official synopsis, "a love story set in the near future where single people, according to the rules of The City, are arrested and transferred to The Hotel. There they are obliged to find a matching mate in 45 days. If they fail, they are transformed into an animal of their choosing and released into The Woods. A desperate Man escapes from The Hotel to The Woods where The Loners live and falls in love, although it is against their rules."

%cRachel Weisz%, %cBen Whishaw%, %cLea Seydoux% and %cJohn C. Reilly% also star in the movie which is directed by Yorgos Lanthimos. The romance movie will be released at New York Film Festival on September 27 and in the U.K. on October 16.

Future Shares Dark Music Video for 'Blood on the Money' 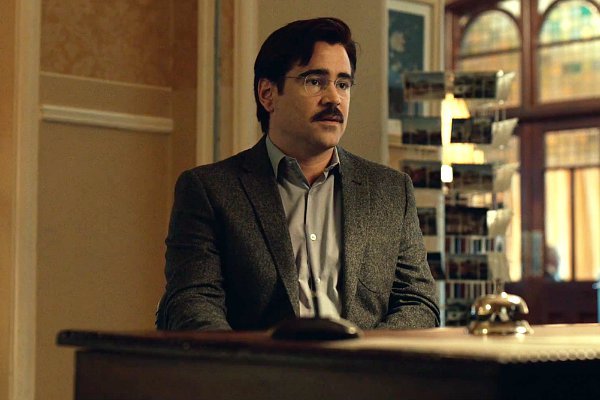 Colin Farrel Looks for Love in 'The Lobster' First Trailer