On dealing with his father's illness, the 'Midnight in Paris' star said, 'You've got no choice but to accept it'.

AceShowbiz - %cOwen Wilson% reveals that his father suffers from Alzheimer's disease and the whole family is coping with it. In his first public comment about his father's illness, the 46-year-old actor said it's "a rough thing."

"It's one of those things where if somebody had said 10 years ago, when my dad and I were joking around, having a putting match, that this is the position your dad's going to be in, where he basically needs 24-hour care, you'd think, 'Gosh, I won't be able to handle that. That's just not possible,' " Wilson said. "You just have to do your best to deal with it. You've got no choice but to accept it. And then, you sort of still look for the things to be grateful for."

Robert A. "Bob" Wilson, now 74 years old, was an advertising executive and operator of a public television station KERA back in the '60s. He was the one who propelled %cJim Lehrer% to become the host of "The News Hour with Jim Lehrer".

Wilson continued, "For me and my brothers, there just wasn't a bigger influence on us." Wilson's brothers are actors %cLuke Wilson% and %cAndrew Wilson%. Owen is a father himself, having two sons aged 4.5 and 1.5 years old from two different women. 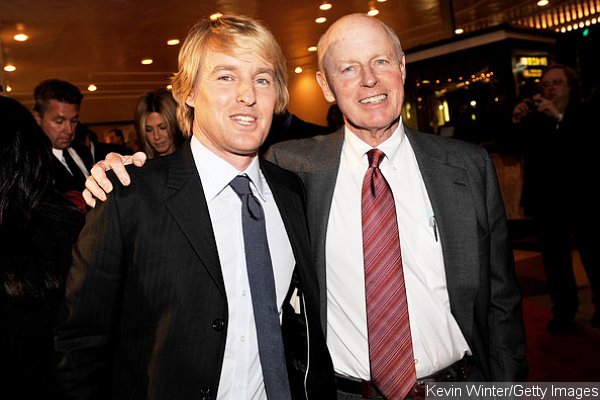